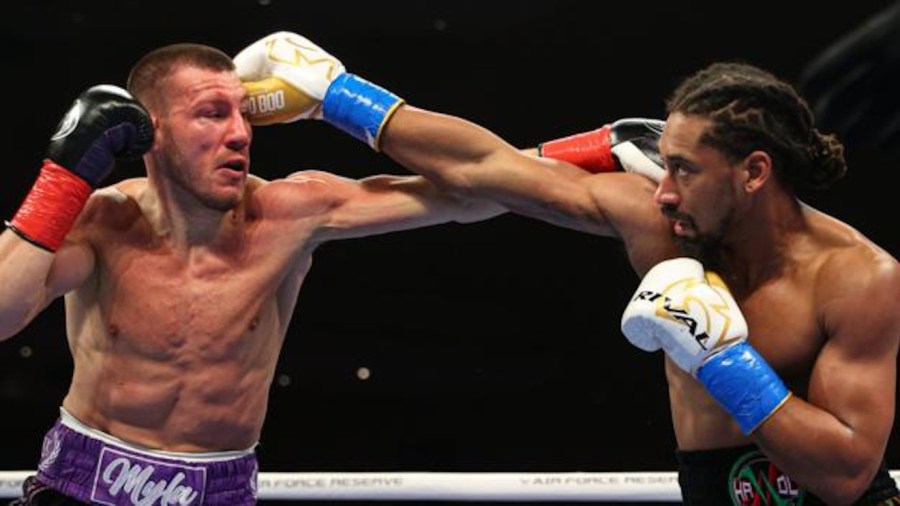 IN the end, Demetrius Andrade did what was expected. He was quicker, he was cleverer, he was more accurate and he won a unanimous decision after 12 rounds of keeping his challenger at bay. Liam Williams, the tigerish and willing Welshman, also followed the script. He made the WBO middleweight titlist work hard to retain his belt, concocted the odd scare but in the end walked away with nothing but a few cuts, scrapes and concrete proof that he belongs at the top level.

Williams was on a seven-fight win streak since losing twice to domestic rival Liam Smith in two rough and tough battles at 154lbs. Andrade, though, had won 29 fights without defeat, barely a murmur of losing along the way, since turning professional in 2008 when he reached the quarter-finals of the Olympics. A first class graduate from the hit-and-not-get-hit school he might be, but Andrade is still striving to be regarded among the very best.

His challenger, inside the Seminole Hard Rock Hotel & Casino in Hollywood, gained respect after pushing Andrade but never really threatening to win. Williams hit the deck in the second round, only just about beating the count, when a left hooked round his guard, quick and unsighted, to take his legs away.

“He’s a very good fighter,” Williams said after being declared the loser via two scores of 118-109 and 116-111. “He’s better than I thought to be honest. He’s very slippery and I couldn’t really get going. I hurt him a couple of times but then he was gone before I knew it.”

Andrade did what he does best. He worked hard to make things look easy, he spoiled because he could and deep down in the heart of battle he controlled the action when there was no real action at all. He made his opponent pay for the slightest mistake but Williams kept roaring forward, his jab was disciplined and at times he made Andrade’s toolkit look like it was missing the crucial pieces.

Andrade’s uppercut, from both his left and right hand, was at hand though and often clattered into Williams. There was a point in the eighth when it looked like the challenger might be there for the taking as a left uppercut soared into Williams’ jaw and left him bedraggled.

But Williams hauled Andrade back into the trenches. In the ninth round the Welshman sent a right cross onto the champion’s skull. The belt-holder stumbled into the ropes and instinctively held on. His legs were unsteady and, just briefly, the upset was a possibility.

The class – or experience, depending on your viewpoint – of the American showed during his times of trouble. Though unable, or more likely, unwilling, to fight his way out, he slowed the action masterfully to ride out the storm. He was a worthy winner in the end.

“Liam Williams is hell of fighter,” the victor said. “He’s tough, strong and he gave me a hell of a fight. He got up and kept coming. That’s what happens in a dogfight.”

He wants to fight the best. He’s always wanted that and he deserves that.

“At the end of the day,” Andrade said, “I’m the champion and undefeated. Come and get it!”