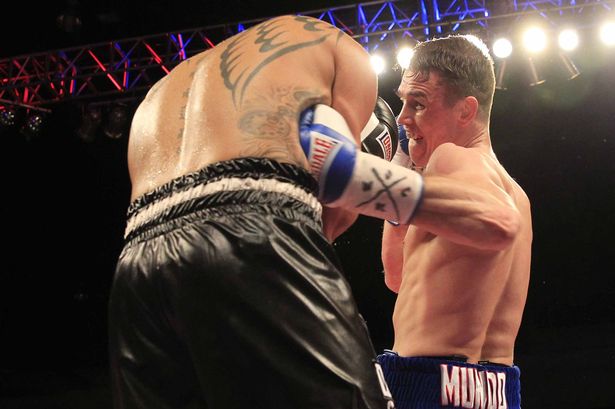 WBO LIGHT-MIDDLEWEIGHT champion Demetrius Andrade says he is travelling to the UK with gym mate Vladine Biosse and he will upset rising star Callum Smith when they clash on Saturday night at the Echo Arena in Liverpool, live on Sky Sports.

Andrade’s father Paul trains both Demetrius and Biosse and the 32-year-old American is the latest man to attempt to trouble the high-flying Merseysider.

Smith has won his last nine fights inside the distance, beginning with an incredible run of six first-round wins before he claimed the WBC International super-middleweight belt that he defends against Biosse with a sixth-round stoppage of former World title challenger Ruben Acosta.

The 24-year-old maintained his form with an impressive second round KO of Tobias Webb in Cardiff in May, but Andrade is accompanying the Rhode Island man to England and says he is ready to stun the highly rated Smith.

“Vladine is coming to Liverpool to put on a great show on Saturday night,” said Andrade. “He trained with me as I prepared for Brian Rose and he is in the best the best shape of his career and he is coming to win. I look forward to seeing the great boxing fans of England.”

Smith’s promoter Eddie Hearn declared his belief that the big hitting Scouser will be ready to mix it with the leading lights in the 168lbs division in 2015, but Smith’s feet remain on the ground and he is hoping for a real test on home turf.

“I have seen footage of Vladine and he is a good fighter, a real step up for me,” said Smith. “He has been around and only lost three times in 20 fights and that was to very good opposition. J’Leon Love beat him in his last fight in the 10th round so it does look like a fight where I can get rounds in and he is experienced and will come to win. It is another good fight and I think it is a good fight that Eddie has picked for my career, a good step up and one I feel that I am ready for.

“I do think I will get some rounds in. He has boxed at a really high level and his only defeats have been against good world ranked opponents and he hasn’t been stopped early, so if I was to stop him it would be a big statement. I have trained for the ten rounds and I plan to take my time and show my skills early on, so I am hoping for a good performance.”