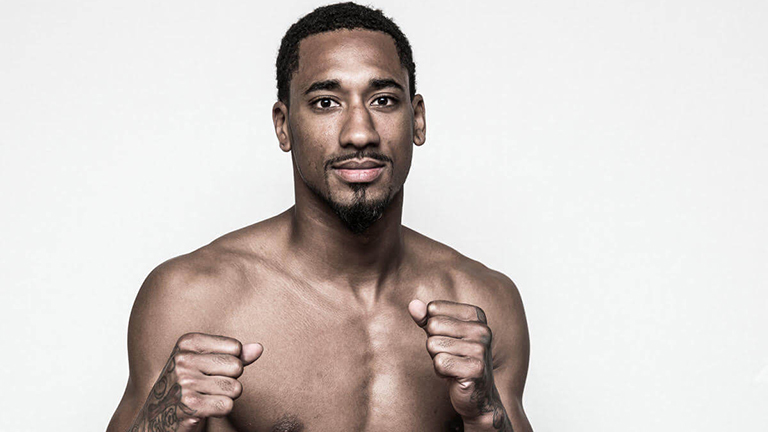 Liam Williams on Demtrius Andrade, the middleweight division and his plans to take on the top contenders. He speaks to Matt Bevan

LIAM WILLIAMS, 20-2-1, 15 early, knows that a win over Karim Achour on Saturday (July 13) will put him on the verge of a world title shot at middleweight and it is an opportunity he is not willing to let slip away from him again.

The 27-year-old “Machine” has been in a similar position before, losing twice in two close fights with Liam Smith in 2017, but he has worked himself back to where he believes he should be and is confident he will dispatch the Frenchman in impressive fashion.

Williams, who holds the British middleweight title, will be aiming to add the WBC Silver strap to his collection, as well as steal the show on a big night of action at the O2 Arena in London, headlined by Daniel Dubois and Nathan Gorman’s eagerly awaited clash for the British heavyweight crown.

The Welshman told Boxing News: “There was no shame in losing to Smith, as he is a good fighter. I believe I should have won the first one, whilst the second one was tight, so it was tough to take, as it wasn’t like I was taken apart by him. I still believe I’m the better man out of the pair of us.

“Those two losses pushed me right back, 18 months at least, so it’s taken me all that time to get back to the position I was already in before the Smith fights. It hasn’t been easy, but I’m back where I should be and it won’t be slipping away again.

“I’m vey confident that I will beat Achour, in fact I’m very confident that I’m going to smash him to bits. He’s been in with good fighters before and always lost, so I’m ready to stop him in good fashion with a good performance and move on to bigger things.”

Williams points to his move to Sheffield, under the watchful eye of Dominic Ingle at the famous Wincobank gym, as the major factor in re-discovering his love of the sport again. There were times he doubted that he had made the right move, but those doubts are a thing of the past now.

A win on Saturday should see him propelled up the rankings with the WBC, who now have Jermall Charlo as their world champion after the bizarre decision to declare Canelo Alvarez the “Franchise” champion last week, a move that has baffled many in the sport, Williams included.

He added: “I love it in Sheffield. I’m learning every day and enjoying going to the gym every day. It has revitalised me. At first, I’m not going to lie, it was a struggle, especially being away from my little girl. At first I was maybe convincing myself it was all right, but it really has come together.

“I’m comfortable and if it wasn’t for my little girl, I would move here tomorrow. I was accepted immediately and it has given me a new lease of life. I knew it was time to move on from Gary Lockett and this has definitely been the correct decision and it’s done wonders for me, which is showing in my performances as well.

“I’ve been told a win will put me as high as number three in the rankings, which would be unreal. That’s what I want. The Charlo fight really appeals to me, but the whole situation with making Canelo the franchise champion is stupid. Who actually cares? Fight your mandatories or give the belt up. Don’t give him a back up because he fancies moving up in weight or doing catchweights. I really don’t agree with it.”

Williams though isn’t solely focused on the WBC and won’t rule out a fight with any big name in the division. He is also adamant that he is capable of making the 154lbs limit and is keeping his options open, as he closes in on potential world title glory.

“There’s some great fights and big paydays there for me. I’ve heard Jaime Munguia is moving up to take on Gennady Golovkin, but he’ll get smashed to bits, as he thinks his chin is better than it actually is. He takes far too many shots, which is lethal against GGG.

“But, I really think Demetrius Andrade could be the best of the bunch. He’s a big southpaw, who can punch, despite what his recent results say and, it’s a big call, I think he could beat Canelo. I’d fight them all tomorrow though as there the fights you want to be in.

“There is also a possibility of going back down to super-welterweight though, as I’m waking up lighter than I did for the Smith fights. I can operate at both weights which means there are plenty of options on the table. Nothing is out of the question, so we’ll have to see what happens.”