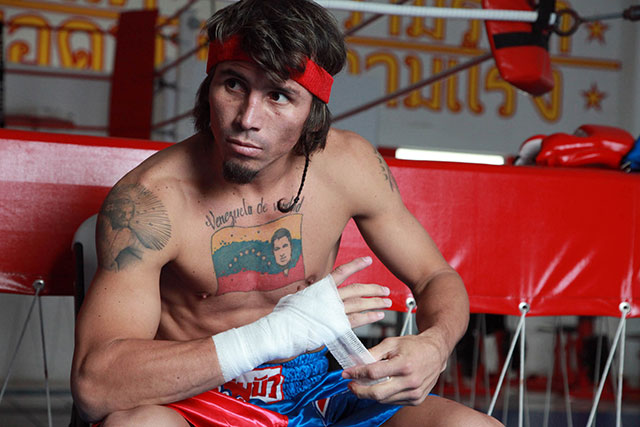 BEFORE he was a murderer, Edwin Valero was a boxer.

And before he was a boxer, he was a boy, born in Venezuela on December 3, 1981 into a life of poverty and hard knocks that led to street fights and trouble with the police from a tender age. It was this shaky foundation that guided him to the prizefighting ring and from which that ring provided escape; it is likely in this harsh, angry soil that the seeds were sown that would ultimately erupt with shockingly violent finality.

Those early years, he would tell confidantes when he first arrived in the United States, were times of theft and motorcycle gangs, of finding an outlet for a tightly-coiled rage, a rage that seemingly never left him, even when he channeled it into the challenges of boxing.

“I saw him train about three times before I ever saw him spar, and I was immediately awed by him,” recalls Doug Fischer of The Ring, who was one of the first journalists to see the young super-featherweight in action shortly after he arrived at Joe Hernandez’s gym in Vernon, California in the spring of 2003. “The first time I saw him just train, just going through all the stations in this really cramped gym, and watching him skip rope and go from a double-end bag to a speed bag to a heavy bag and shadow-boxing, his intensity set him apart from most professional fighters that you saw. And then I saw him spar, and my God, he was having an easy time with guys he shouldn’t have been having an easy time with.”

Among those guys was Juan Lazcano, who in September of that year would annex the lightweight title from Stevie Johnston.

“Lazcano couldn’t hang with him,” says Fischer. “I think Lazcano sparred with him two or three times and decided he’d be better off at Joe Goossen’s gym in the valley sparring with [former and future world champion] Joel Casamayor.”