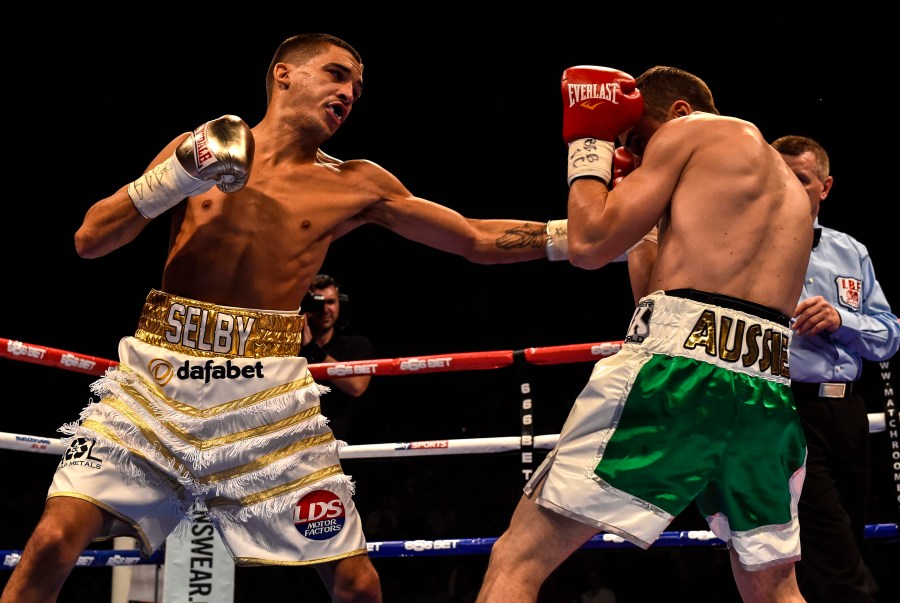 LEE SELBY has not always been dedicated to his craft. The former British, Commonwealth and European featherweight champion is now the mandatory contender for a shot at IBF champion, Evgeny Gradovich, but as an amateur and novice pro he struggled to avoid nights out and the drinking that goes with them. Barry’s Selby, dubbed the Welsh Mayweather, has invited Fighting Fit into his trainer Tony Borg’s small gym in Newport and he is clearly a different man today.
“I don’t drink at all, I don’t even eat bad food,” he insists with sufficient sincerity. “I can’t remember the last time I had a McDonald’s, never mind drinking. I had one drink after I boxed Patrick Okine in Newport [in May 2012]. It’s like poison and all the hard work you’re putting into your training, you’re just wasting it away. There was just a point in my life where I decided I wanted to be a champion and make as much money as I can, and it’s a short career. If I can achieve what I want, I can drink as much as I want afterwards and I can drink champagne instead of beer.
“I’ve got used to the sacrifices. When I first started trying to stay in I did get a bit jealous of everybody going out and eating what they wanted. I miss the food more, cheesecake. After my fights, my mate’s wife cooks me a peanut butter and Nutella one.”
Having a little of the things you like outside of training camp, is, of course, acceptable and even encouraged. There is one key constant for Selby, whether training or not, and that’s the support and empathy he can rely on from his younger brother Andrew, a world-class amateur flyweight on a poor run right now.
“It’s good for us both because we know the feelings we’re going through when we’re dieting, making weight, training and stuff,” Selby reveals. “When we was kids, we were really competitive, trying to outdo each other but now we try and help each other out. I use him for speed work and the technical stuff because he’s one of the best amateurs in the world and he uses me for the strength. There’s no competition at all now, we’re just supportive of each other.”
Borg’s gym is so old-school you half-expect to see a chicken charge out of its front door with Selby in hot pursuit. The basic equipment and no-nonsense coaching appear to have kept the Welshman grounded, but when I ask what working in a gym like this has done for him, I’m afforded short shrift.
“To be honest, nothing,” he laughs, debunking a cliché. “I’ve always boxed in a gym like this. All you need is a bag, rings and you can do your running on the roads. If you’re a fighter, you’re a fighter, the gym ain’t gonna change you. I like the quality sparring, the quality coaching. We punch lumps out of each other but after we’re all chatting like mates. I like training on my own to be honest, just me and Tony, on the body-bag and stuff. There’s more focus on me and he can push me more, instead of there being a group of boys.”

For a full feature interview with Lee Selby and much, much more don’t miss next week’s issue of Boxing News magazine