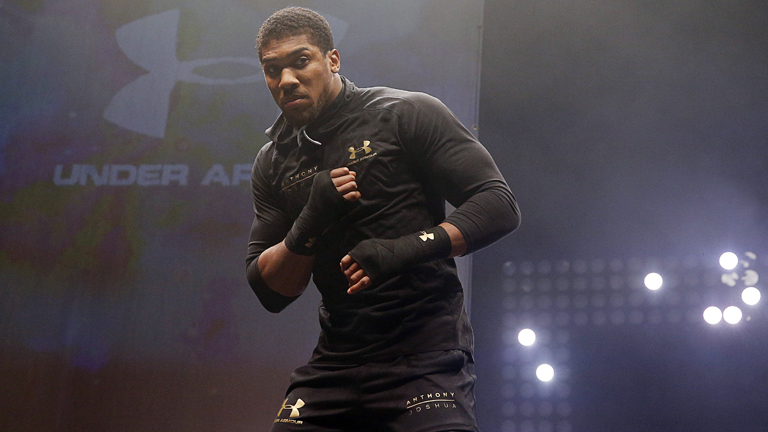 'It’s boring but I’m on a mission,' says Anthony Joshua as he gets back to work

ANTHONY JOSHUA will return to training on Monday in the wake of his thrilling win over Wladimir Klitschko.

The British heavyweight put boxing on the front and back pages last weekend as he stopped Klitschko in a modern-day classic at Wembley Stadium.

The 27-year-old IBF, IBO and WBA champion is now the hottest property in the sport and talk of fights with the likes of Tyson Fury and Deontay Wilder is alive.

Joshua has spent this week relaxing, but, after learning the lessons of taking a holiday straight after his previous fight in December, he is ready to get back in the gym.

“I feel very normal and motivated because I am going to start training on Monday,” he told a Facebook Live Q&A session with sponsors Under Armour. “Normally, people say, ‘What do you do to celebrate?’ I have been getting my physio done… It’s boring but I’m on a mission.

“Normally what you do, you go out and party, have a few drinks, but that doesn’t add years on to your career. I am trying to be dedicated, I am ready to fight again and I want to bring more nights like that to boxing.”

Joshua said his post-fight treat of apple crumble had disappointed him, saying he preferred a “cheap Tesco one”.

But he added: “Monday, I will train three times in the week, a bike session, a run and a swim. After I fought in December I took a holiday and it was as though I was on the brink of retirement.”