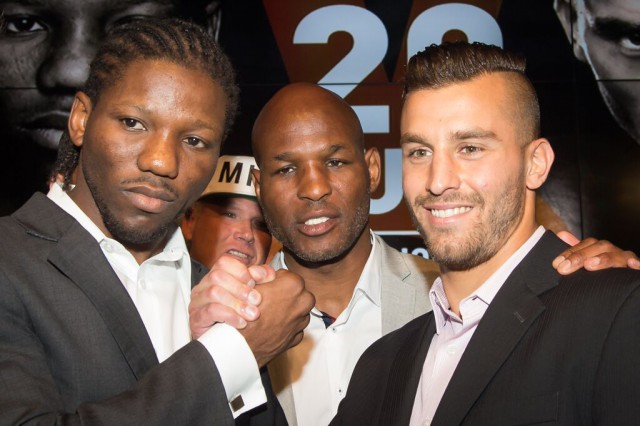 The 27-year-old Canadian elected to fight WBA champion Golovkin in his first title defence, though was soundly beaten at Madison Square Garden in New York.

He returns to his hometown of Montreal, Quebec to take on fringe contender James De la Rosa over 10 rounds.

“I’m just coming back from a big fight, but I’ve moved on. I am ready to step into the ring to win,” Lemieux said.

“I’m glad to be back home with all the fans who have supported me throughout my career. People who see this fight will get their money’s worth, it’s going to be an exciting fight.”

De la Rosa, 28, outpointed Alfredo Angulo in 2014 before being knocked out in five rounds by Hugo Centeno Jnr in December of that year. He has not fought since.

He is still ranked in the top 10 by the WBC (6) and IBF (8) and while a win over De la Rosa is unlikely to move him up those ratings, Lemieux is likely to pick up another stoppage win.

De la Rosa is a strong puncher who fights at a furious pace, but he leaves himself open far too often and, as Centeno showed, is vulnerable when countered.