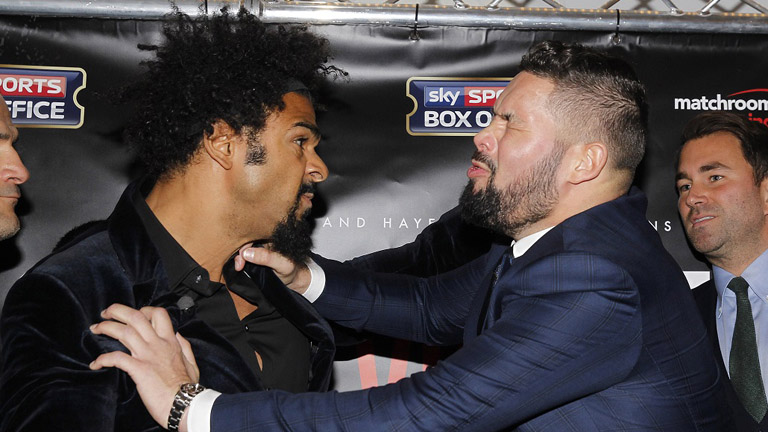 David Haye has addressed the scuffle he and Tony Bellew were involved in during their press conference earlier today, admitting that he struck the Liverpudlian.

After some heated arguments the pair were asked to do an obligatory head to head, which quickly devolved into chaos as Bellew pushed Haye, who responded with a cuffing left hook.

In a video posted on social media, Haye gave his reasoning for the punch and his reaction to the press conference in general.

“Bit of a heated affair, he struck me or pushed me or whatever, so I had to give him a little clip round the ear, as you do. It took all my will to not kick off properly but I’m just glad he’s still in one piece,” he said.

“There were no tripods wielded around anywhere. As far as pre-fight excitement gets this is up there. I think he really believes he’s going to win. I looked him in his eyes and he didn’t look like he thought he was going to get knocked out. I don’t think he got the memo that he’s getting starched on March 4, but reality is going to come crashing down on him in the form of a left hook, right hand on his chin.”