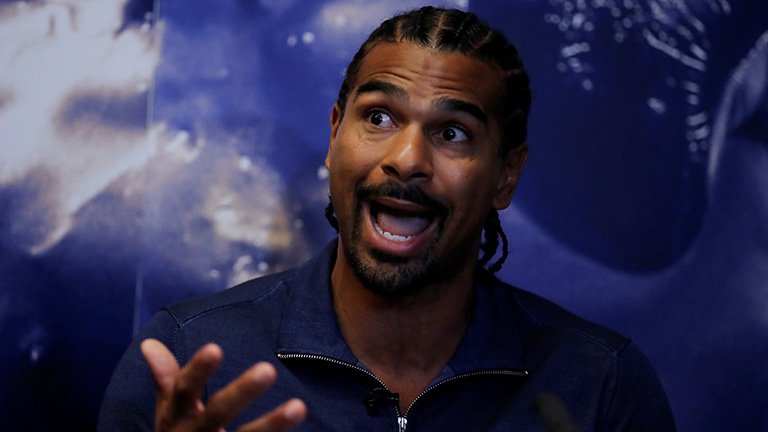 DUE to David Haye suffering an injury, his heavyweight clash with Tony Bellew, that was due to take place December 17 at the O2 arena in London, has been postponed.

Bellew, a cruiserweight world champion, made a surprise move up to heavyweight to box Haye, a two-weight world champion himself, earlier this year. Even more surprisingly the Liverpudlian was victorious. Bellew boxed with Haye and then, when the Londoner suffered a ruptured Achilles tendon, heaped on punishment to halt him in 11 rounds.

Haye had insisted he’d recovered successfully from that injury. With the rivalry between the two still venomous a rematch had been scheduled for December 17. This latest setback for Haye has derailed that.

It is not the first high-profile fight Haye has withdrawn from. In an injury plagued career, he has pulled out of a fight with Wladimir Klitschko, citing an injured back, before losing in a 2011 heavyweight world title unification with the  great Ukrainian, while complaining of a damaged toe. He had two fights scheduled with Tyson Fury, cancelling both, the first for an eye cut during sparring, the second for a major shoulder injury which required surgery and kept him out of the sport for years.

He returned in 2016. This December contest would have been a major pay-per-view event. A victory over Tony Bellew this year would have put Haye in the frame for major heavyweight title fight, possibly with Anthony Joshua, in future. Now he will have to face questions over whether he can continue a top level career.