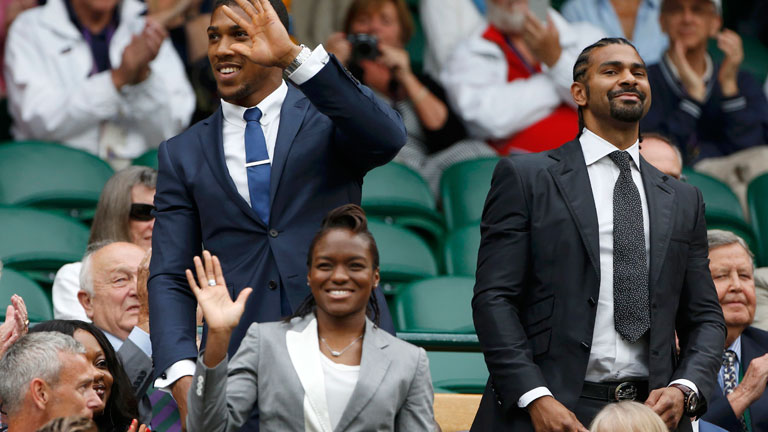 Peter Fury would like to see a tantalising domestic showdown that may produce his nephew's future foe: David Haye vs Anthony Joshua

THERE is no love lost between the camps of Tyson Fury and David Haye. Equally, there is at least a rivalry with the Furys and Anthony Joshua – Hughie Fury would like to face “AJ” while the latter aspires to one day challenge unified world heavyweight king Fury. Peter Fury – Hughie’s father and Tyson’s uncle – is not bothered about the global champ meeting either Joshua or Haye anytime soon, but would like to see David Haye vs Anthony Joshua. He told Boxing News this after reflecting on Haye’s comeback win over Mark de Mori.

“Haye did nothing wrong but fought a dummy,” Fury explained. “That guy was not a boxer, I don’t know where they found him, but I think a good fight is Haye and Joshua. They can both punch, Joshua is younger but Haye has that experience.”