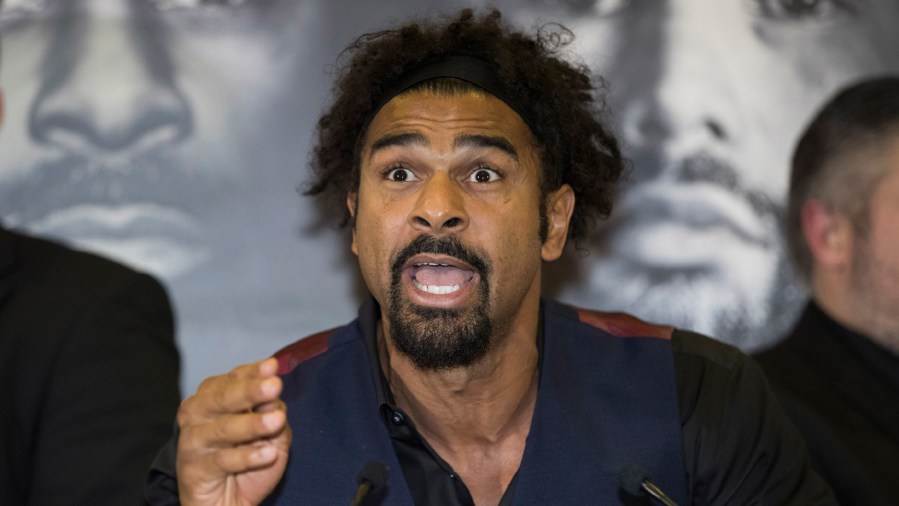 Still recovering from his injury, David Haye announces that he will leave trainer Shane McGuigan

DAVID HAYE has split from his trainer Shane McGuigan.

The 36-year-old fighter, currently recovering from an Achilles tendon injury suffered in his bout against Tony Bellew in March, announced the separation on his official Facebook page.

Haye won the WBA heavyweight title against Nikolai Valuev in 2009 and defended it twice before losing to Wladimir Klitschko, after which he retired two days shy of his 31st birthday.

He returned once to fight Dereck Chisora in 2012, winning by fifth-round stoppage, and again in 2015 for three fights to date, culminating in the 11th-round loss to Bellew.

Regarding his injury, Haye wrote: “I’m pleased to confirm rehabilitation is going well and I will make a complete recovery. Whilst I am not quite in a position to be announcing my next opponent, my passion for the sport remains unwavered and desire to regain my heavyweight title is stronger than ever.”