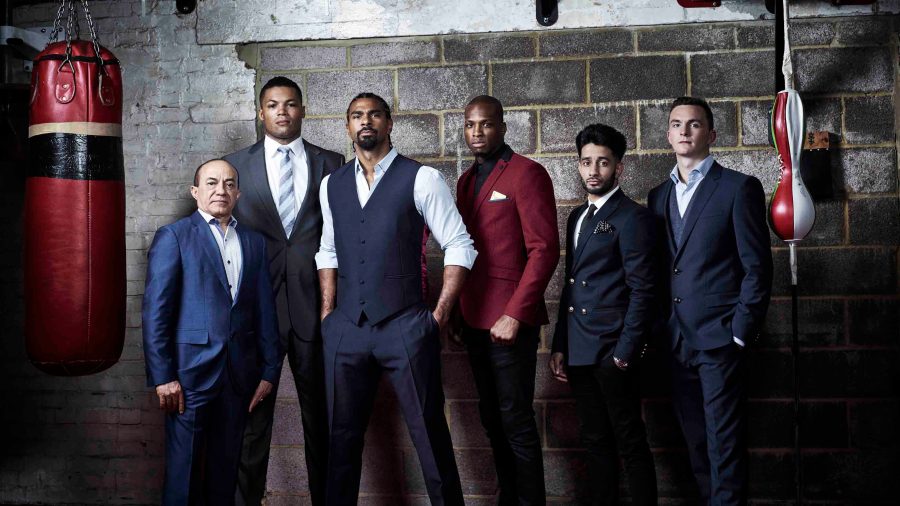 WHILE he recovers from injury, David Haye has unveiled a stellar line up of new signings for Hayemaker-Ringstar, his joint promotional venture with Richard Schaefer.

They will all train in the Hayemaker gym under the guidance of renowned trainer Ismael Salas, who is also working with Haye.

The TV channel Dave will broadcast their fight, with the first show expected to take place in September.

David Haye said: “I’ve personally enjoyed huge success with UKTV, smashing viewer records on previous live broadcasts. As a result, I am thrilled to announce a long-term partnership to introduce the next generation of boxing stars to their audience. An incredible 40 million people tune into UKTV’s programme offering every month which without question provides the Hayemaker Ringstar stable with an incredibly strong platform for a rapidly growing fan base.”

Richard Watsham, UKTV director of commissioning said: “David Haye’s excitement for his brilliant new line up of emerging stars is infectious. He’s signed some thrilling prospects and I know Dave’s audience will get behind them and support them as they build up towards leading their divisions. I frequently hear fans call for a bit of a shake up in the world of boxing; we’re proud to be part of that and to give so many people the chance to watch.”

Richard Schaefer said: “We’re delighted to be working alongside UKTV, taking the sport back to the masses where it belongs. I enjoy building prospects and champions into superstars that transcend the sport of boxing and become global household names, just like I have done with Floyd Mayweather, Canelo and many more”.