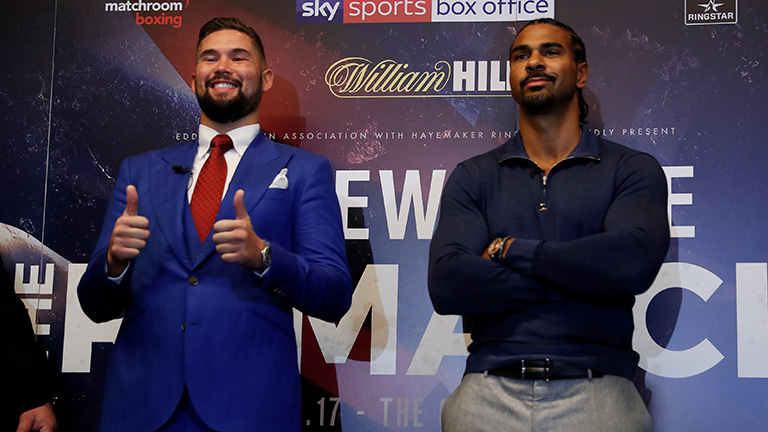 DAVID HAYE has questioned Tony Bellew’s motivation ahead of their December 17 rematch, believing the money the Liverpudlian has earned means he has no need to fight on.

Bellew was paid the biggest purse of his career when they first fought in March, and revealed that after his unexpected win he seriously considered retirement.

Former world heavyweight champion Haye has earned even more than his rival during a decorated career, but insists that unlike the younger fighter, he is still active to prove he is the world’s best.

He requires victory at London’s 02 Arena if he is to succeed in his ultimate aim of challenging reigning IBF and WBA champion Anthony Joshua, and he said of Bellew: “Before the first fight he wanted to secure his family (financially).

“I know what he got paid for that first fight and, mission completed, he’s financially secure for the rest of his life. He’s a multi-millionaire.

“What are his motivations? I didn’t believe I’d get this opportunity again, but for some reason he wants to. He’s said on numerous occasions how dangerous boxing is.”