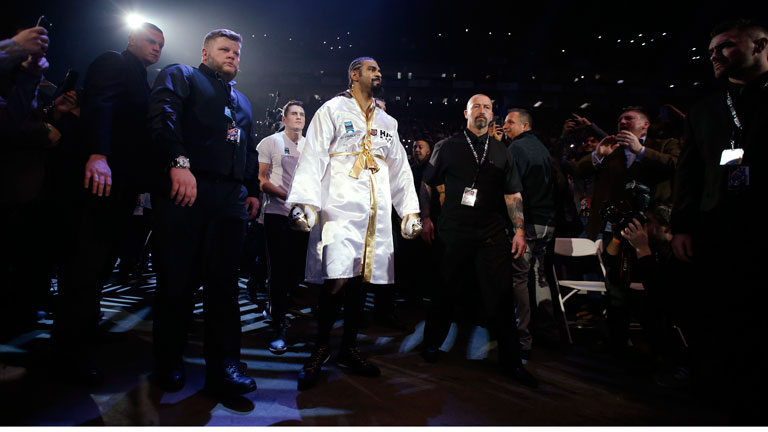 Steve North, General Manager of the Freeview station, is delighted with the success of David Haye on Dave, in what was their first live sporting event

THE David Haye on Dave fight against Mark de Mori, the former two-division champion’s first contest in three-and-a-half-years and a one-round stoppage at London’s packed O2, brought the Freeview channel its second highest ever audience.

“It’s the second highest ever show for Dave just behind Red Dwarf Back to Earth Episode 1 (2009) [which reportedly garnered just over 4m watchers], with 2.2m live plus Vosdal [any system whereby viewers watch the programme not live but on the same day, for example with playback functionality],” revealed Steve North, Dave’s General Manager, talking exclusively to Boxing News. “It held 1.3m viewers throughout the two-hour show, 2.4m tuned in for the 15 minutes around the fight and we peaked with 3m viewers for the two-minute fight itself.

“Viewers were really positive about the prominence of the boxing – two hours on a Saturday night for free plus lots of online clips, exclusive interviews and behind-the-scenes footage. We really embraced the match. It was great, a brilliant atmosphere and everyone enjoyed themselves.”

Despite the great reception, North is unsure at this stage whether Dave’s boxing coverage will continue, especially as Haye’s next move has yet to be confirmed, but the overwhelming impression is one of satisfaction.

“It’s our first foray into the ring and it has been great for us and for boxing fans. So far so good! But it’s just too soon to say [if Dave will be involved in Haye’s next bout], but we certainly are glad that David’s comeback is going well and pleased that boxing fans will have more matches this year.

“We are always looking to improve our programming and our live broadcasts. It’s something that we consistently assess and listen to viewer feedback on.”