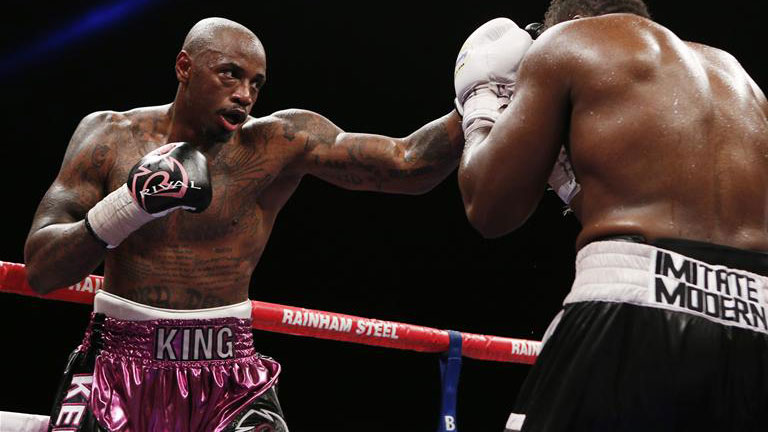 UPON hearing he is currently the betting favourite with William Hill to land the May 21 date with the comebacking David Haye, Philadelphia’s Malik Scott has implored “The Hayemaker” to do what he says is the right thing, and face him next.

But Scott, 38-2-1 (13) and coming off an up from the floor points win over Tony Thompson, is not convinced Haye will agree to face him at The O2 in the early summer. Two wins removed from his farcical stoppage loss to Deontay Wilder in March of 2014, Scott says he is in possession of “the best skill set in the heavyweight division today.”

Scott tells Boxing News is “praying” for the Haye fight to come off, while he also insists how the fight “makes sense.”

Q: You are the favourite in some quarters to get the fight with Haye on May 21…

Malik Scott: “Well, I really don’t think he’s going to fight me. I’m going to keep praying that he will though. Who else is he gonna fight instead of me?

M.S: “Let me start with Fedesov: he’s strong but that’s about it. To me, there is not much difference between him and [Mark de] Mori. So that fight doesn’t make sense for Haye at all – that fight would actually be a step down for Haye. Shannon Briggs? He hasn’t fought anybody in the Top 20 since the original Martin Luther King speech! I like and respect Shannon, but he should at least fight one Top 10 guy to prove his own campaign makes any sense. And [Antonio] Tarver, he’s just been busted for steroids, again. Tarver is a legend, but we are living in a time where what happened yesterday doesn’t matter.”

Q: There is big talk of an inevitable showdown between Haye and Anthony Joshua, but that doesn’t look like happening as soon as May. What are your thoughts on Haye-Joshua?

M.S: “Joshua is not ready for Haye right now. That said, I like the fight for him [Joshua] until he gets hit. Of course, for the sake of British boxing, you guys know that fight makes all the sense in the world. But Joshua should keep building and take the Haye fight at the right time, and that’s not now. I also agree a Dillian Whyte fight against Haye makes sense. He’s [Whyte] as strong as an ox. In fact, I can see him getting the fight [in May]. He’s a young, strong kid with a big heart. But he just had a war with Joshua and if I was his manager, I wouldn’t put him in with Haye now, not after the shoulder surgery he needed after the war with A.J.  He needs two return fights then go for Haye. And as for David Price, if his people care about him as a human being, no way will they let him fight Haye. He has been showing the symptoms of being a shot fighter since being ruined by the guy I just beat, Tony Thompson. So you see, it makes all the sense in the world for Haye to fight me next!”

Q: What would you say to the critics who point to you stoppage losses to Wilder and Dereck Chisora, where they say if they can stop you, Haye would also?

M.S: “Well, a few years ago, I was stopped by Chisora – in controversial fashion. That was a fight I never should have lost; I beat the damn count! Then in my next fight after that, I lost to Deontay, I was stopped. Some people said I took a dive – they can allege what they want. Next! My skill set has been carrying me high in the heavyweight rankings since those defeats. I went to Australia to fight and defeat Alex Leapai, and I did that with a broken hand. Then, if that’s not enough, I fought the guy who is probably the most awkward and dangerous guy in the entire division, Tony Thompson; a dangerous southpaw who was highly ranked at the time. I got up from a knockdown and I won unanimously [on points]. I have worked my way back into the world top-10. And my ranking is one I earned, it’s not one I bought or got through boxing politics. I’ll say it again: Malik Scott has the best skill set in the heavyweight division. I deserve and should get a fight against David Haye. It makes so much sense. Tell Haye not to go the easy route and not pick me. He has to fight me. No other fight makes sense. Let’s do it, me and Haye, baby