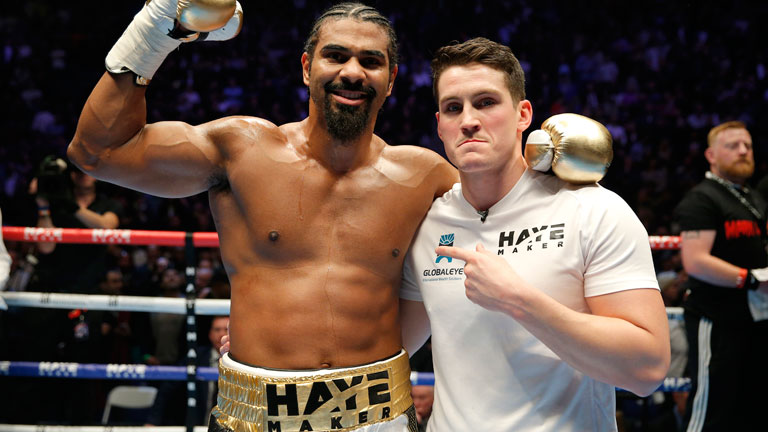 DAVID HAYE next fight will be at the O2 in London on May 21.

The heavyweight only returned to action, after more than three years out of the sport, on January 16. He easily dispatched Mark De Mori inside a round. His May opponent is yet to be announced but it is expected to be a highly ranked heavyweight.

Given the long time out of boxing Haye endured this is encouraging sign that he will continue to be active. “I said I was going to be fighting more regular and I am,” David declared. “May 21st back at the beautiful O2 Arena in London, I’ll be getting back in the ring and doing my thing.”

Haye drew a healthy crowd to O2 in January, for what was just a tune up contest, and returned excellent viewing figures for broadcaster Dave, though we don’t know yet if the channel will continue to televise boxing.