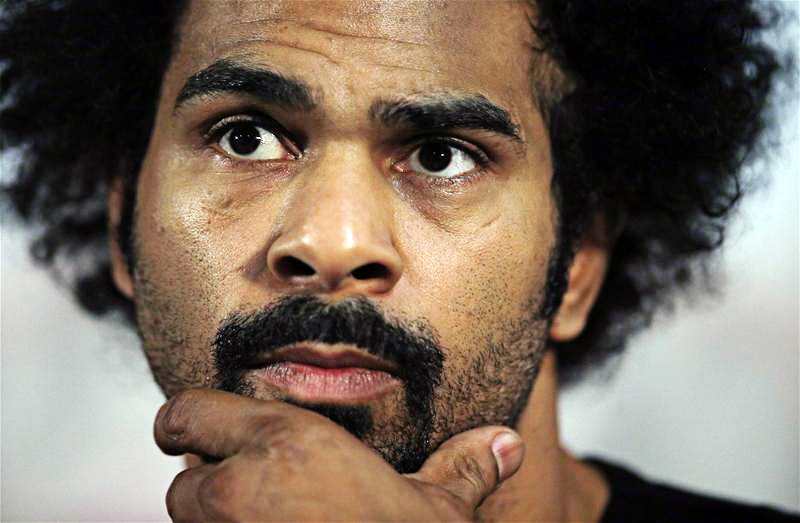 Mickey Vann hopes David Haye is serious about his comeback

THE New Year is here and January is always a quiet time. I think fighters need that extra week or three to make the weight after all the festive eating, drinking and being merry and that extra week or two to get over any niggles. The public needs a few weeks also, to replenish their pockets and overcome the cost of attending the fights live, and there have been some fantastic shows from the big time promoters as well as the small halls where titles are not as important as a good night’s competitive boxing. Speaking about injuries, and competitive fights, I see David Haye is on the comeback trail. Well making weight certainly isn’t a problem for him, and he claims he’s now injury-free.

After three years out let’s hope his shoulder, his back and his toe have now all healed. Let’s also hope that his appetite for a tear-up – particularly after the disappointing performance against Wladimir Klitschko – is in overdrive because, for me, he still has a lot to prove.

I read that after he has fought little-known Coatia-based Aussie Mark de Mori, he is hoping to get a world title shot. De Mori might be ranked No. 10 by the WBA, a truly ludicrous placing, but he is not a world class fighter. BoxRec rank him 106th, behind the likes of Michael Sprott, who has 25 losses, and even German Werner Kreiskott, 22 wins and 19 losses, is regarded as a superior fighter in those independent ratings. Haye needs to prove he belongs among the elite before he can even think of a title challenge, and a win over de Mori will not do that.

The move from Adam Booth – who always seems able to get the best from his fighters – Shane McGuigan is an interesting move but ultimately, it’s Haye who must now do the fighting and prove his doubters wrong.

It is good, though, to see that Haye has faith in himself, and is topping the bill of his own promotion, so in theory he will have to put in a half-tidy performance or the punters won’t take a second look. Let’s see what he can do, not only against de Mori, but beyond.