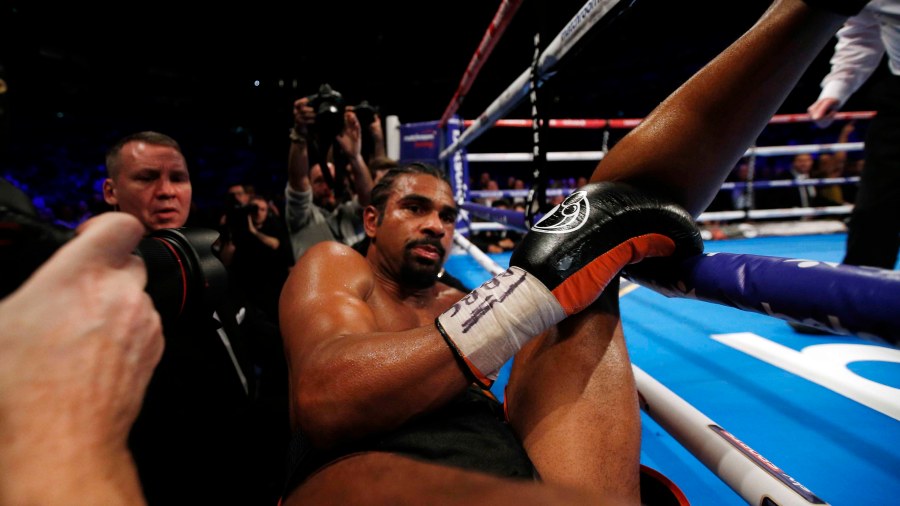 AFTER losing inside the distance to Tony Bellew at the O2 Arena in London on Saturday, David Haye underwent surgery today (March 5).

Haye sustained a leg injury in the sixth round. He gamely battled on until the 11th when Bellew knocked him down a final time and Haye’s corner pulled him out of the contest.

On Sunday a representative for David Haye said, “David underwent surgery to his right Achilles this afternoon, after completely rupturing the tendon during Saturday night’s fight with Tony Bellew.”

The spokesperson added, “David would like to thank everyone for their many messages of support, as well as staff at the hospital.”