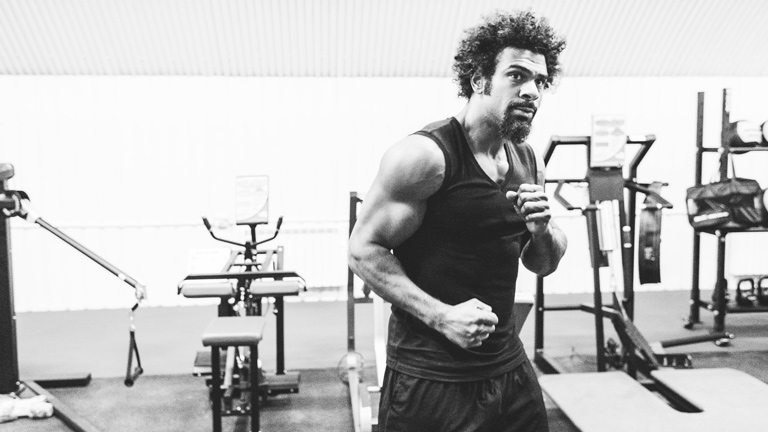 DAVID HAYE intends to use the enormous amount of money and attention his March fight with Tony Bellew will make as evidence to force a fight with IBF heavyweight champion Anthony Joshua.

The returning former two-weight king has frequently spoken about his desire to face money-making machine Joshua, who fights Eric Molina on December 10.

His clash with Bellew has sold out the O2 Arena and will air on Sky Sports Box Office and the Londoner is confident that Joshua’s team will quickly realise how big a fight with him would be.

“The numbers and the lack of excitement around the Molina fight will make the backers at Sky – who have put a lot into Joshua – want to recoup their investment and say ‘OK if he’s the best in the world, why not fight David Haye?’ I think Sky will put the pressure on Eddie to free up his cashcow. There’s only so many Molinas you can fight.”

Should Joshua come through the Molina fight as expected, he is set for a colossal showdown with former Haye conqueror Wladimir Klitschko around April/May 2017 with the vacant WBA belt also on the line.

Haye is confident Joshua will defeat the ageing Ukrainian, potentially setting up an even bigger fight with himself – provided he beats Bellew on March 4.

However Haye questions whether Olympic champion Joshua wants to face him and feels the unbeaten Londoner purposely avoids bringing up his name.

“He’s going to fight – I believe – Wladimir Klitschko. Hopefully that gets made, that’s a fight I believe Joshua can win as on fight night Klitschko would have been out of the ring for a year and a half, he’ll be 41 and coming off that horrendous loss to Tyson Fury. If there’s ever a chance to beat Klitschko it’s now,” he said.

“I think he fights in April, fingers crossed Joshua wins that fight [against Klitschko]. Whenever it makes sense to Sky is when it’ll happen. Again, it’s if Joshua wants it though. If you look at any of his interviews he mentions everyone except me. He talks about [Deontay] Wilder, Luis Ortiz – why not fight David Haye? A former world champion and someone everyone wants to see you fight. But he never mentions it, maybe he doesn’t want to ruffle any feathers and get me going after him but I’m bored now so it’s time to hype it up.

“If he does beat Wladimir he’ll have two titles. I don’t think I need a world title myself for it, it’s big enough. But it hasn’t been mentioned, strangely it hasn’t been mentioned by Joshua at all. If you’re the heavyweight champ, why wouldn’t you mention the biggest fight out there? I know why it is and I think deep down he knows why it is and everybody around him knows why it is.”

Haye-Bellew is already on course to do massive numbers both at the gate and in terms of pay-per-view buys. Haye is one of the biggest names in British boxing while Bellew’s stock has risen massively over the past few years.

Their heated press conference earlier today made headlines across the UK, conveying the enormous amount of interest in their clash at the O2 Arena.

Haye is confident that will force the hand of Sky Sports and Matchroom, who handle Joshua.

“If they manoeuvre him whichever way there’s no other fight that could match myself and Joshua, it would break all records,” he continued.

“They know it. As I said, see how this fight goes – with no title, Bellew doesn’t sell anything himself although he’s got a big mouth. Now he’s in this fight, is it him or is it me? Look at my pay-per-view numbers, my TV numbers even on ‘that comedy channel’ Dave, it got three and a half million viewers. I’m happy with where things are. I’m happy to give the fans this sort of fun fight. People want to see this guy get smashed up. The tickets sold out in seconds, ringside seats were two and a half thousand pounds, no one was complaining that it’s not a world title fight. People want to see this and people want to see me knock somebody out.”