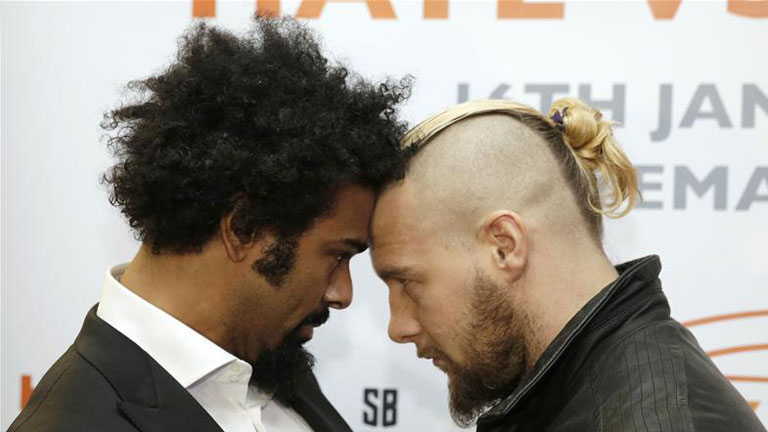 David Haye and Tony Bellew are ready to fight

DAVID HAYE and Tony Bellew came face to face for the last time before fight Night earlier today during a tense weigh-in.

Haye looked trim while tipping the scales at just under 225lbs in front of a raucous crowd at the O2 Arena in London, where the fight takes place tomorrow night.

WBC cruiserweight champion Bellew, fighting at heavyweight for the first time as a pro, weighed in at a career high 213lbs.

As expected, their face off was tense and almost boiled over.

Since his comeback, Haye had weighed in around the 225lb mark but looks markedly leaner for this fight as he aims to secure big fights against the likes of Anthony Joshua.

Bellew, though never body beautiful, always turns up in fine fettle and was not too far over the cruiserweight limit of 200 lbs.