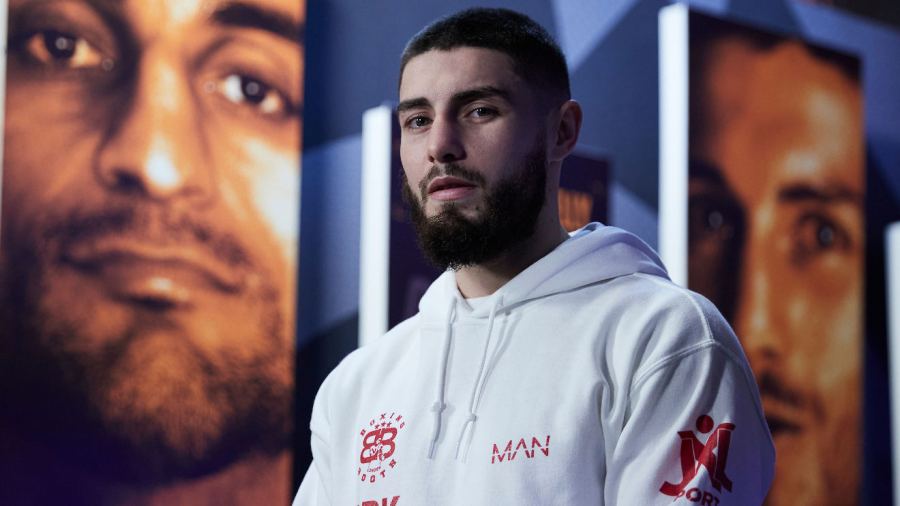 Inside the Wembley bubble, Roy Kelly (no relation) hears from Josh Kelly and David Avanesyan ahead of their big fight

Has boxing gone soft? Here we are, 48 hours before a serious conflict and the media conference at the Wembley Hilton ahead of Josh Kelly’s crack at David Avanesyan’s European title is all love and harmony. Whatever happened to having a roll around on stage and getting prised apart by the security staff? Or a spot of chair or table chucking? Or some good old-fashioned playground-style name-calling?

Avanesyan’s manager, Neil Marsh, who labeled Kelly and his coach, Adam Booth, back in late 2018 as “complete bottle jobs”, not just “bottle jobs” was gushing in his praise for the pair and even shook hands and embraced the mastermind behind ‘Pretty Boy’.

The same went for Booth, who even indulged in a game of table tennis in the games room here with the European welterweight title holder, who lost 2-0. It has to be said it’s a result unlikely to affect the betting which has the Sunderland talent and the Russian machine incredibly close.

Thankfully, Valentine’s Day is done and gone and this Saturday at the SSE Arena is about GLOVE and not LOVE. Both men look the three Fs: fit, focused and fantastic. And in the final verbal contest, the words were precise rather than erratic.

“I have great respect for David,” said the undefeated challenger. “I’m here to get the job done – my aim is to start the year by taking the European title and putting on a show.

“I’ve done a lot of talking this week and feel I’ve expressed myself massively in what I’m going to do and now I need to do the dance.

“I believe I’ve stepped up levels I never imagined stepping up.”

And Kelly insists size will matter this Saturday having looked that bit bigger. “David is a capable fighter,” said the 26-year-old. “But I’m a big and very strong welterweight.”

Both camps have spoken of taking the judges out of the equation – Kelly and Booth have predicted a KO win while Marsh says his fighter will win early if Josh comes for the champion or late if the Rio Olympian runs. Remarkably, the man with 14 stoppages in his 26 victories (including back-to-back first-rounders in his last two bouts) is the only one not talking of knockouts.

“Kelly’s style is different to my style but I’m ready for anything,” the 32-year-old told BN. “If he comes for me and tries to put me under pressure I’m ready for him. If he tries to be elusive, I’m ready for that.

“If I get the chance I’ll try to take it, if a KO is not possible I’m happy to go the distance and win on points.

A proud Russian, he has also called Newark his home over the last five and a bit years, having linked up with the former British title challenger and highly-respected coach, Carl Greaves. It would not be unfair to say Avanesyan was hardly on the tip of everyone’s tongue when this contest was first scheduled in December 2018 when the precocious Kelly was a WBA International champion and he was the challenger. But he told BN he’s been heartened by his growth in popularity in the UK. “I love it here in England, the English know their boxing and it’s been nice to have their support,” he said. “I get many messages from English fans to knock out Kelly, I don’t know why some English people don’t like Kelly!”

Clearly, the animosity levels have dipped, but once the rivals get through the ropes on Saturday night it’s not going to be love, but war.