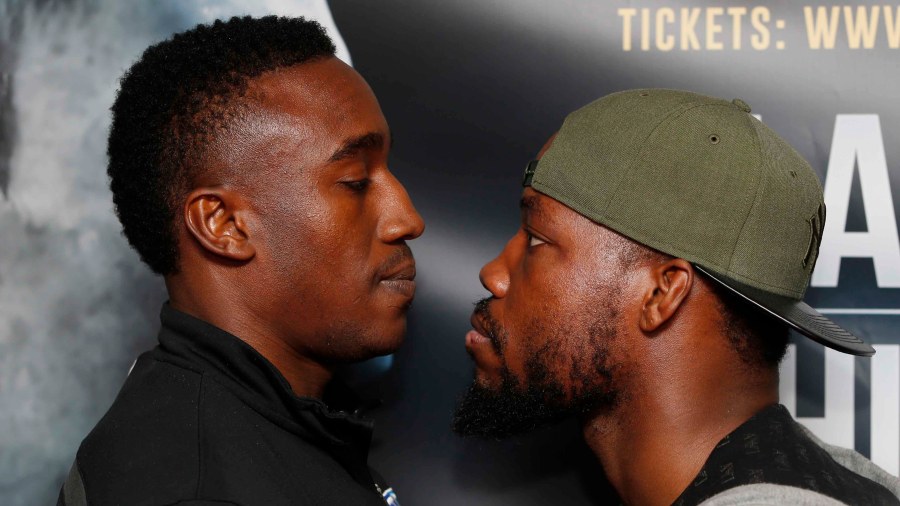 How’s all your training been?

Really good, I sparred with Tommy Langford down in Birmingham a few weeks ago. That was top class sparring, that was hard. Top class sparring. The camp was really good. We’ve had lots of time to prepare and get things right.

What do you think of Smyle?

There’s not much of him online to really watch. I’m not taking anything away from him. He’s English champion and a good fighter. But I will be the better man.

How would you describe your own style?

My fighting style is misjudged, I would say. There’s a lot of counter punching in my fighting style and it doesn’t really look like that when I fight because I’m aggressively going forward. But I slip and avoid a lot of punches, which creates openings for me to do things. I’m much more of a counter-puncher than people think and I think people underestimate that. They think, ‘He’s just come forward.’

How important is this fight to you?

What do you think winning would lead you on to?

The next title from there is the British title. So hopefully that pushes me on to it.

This should put me into the top 10 after winning this and that’s when the big things can start being negotiated.

I’m gunning for the [Rocky Fielding-John Ryder] winner. To be honest I think Fielding might pull it out of the bag due to his superior range and he has got good punch power. I think he might do Ryder on that one but I’m not too sure. It could go either way.

How do you compare Smyle to the people you’ve boxed before?

I think it will be a step up. I personally don’t think he is as good as he’s trying to make out he is. Personally I don’t. But that doesn’t mean I’m going to go in there and underestimate him.

Unless he is the one engaging he doesn’t like to be the one in the fight. Once he starts to get pushed back he’s in a bit of trouble. And that’s what I do. I push people back and I rip you to shreds.