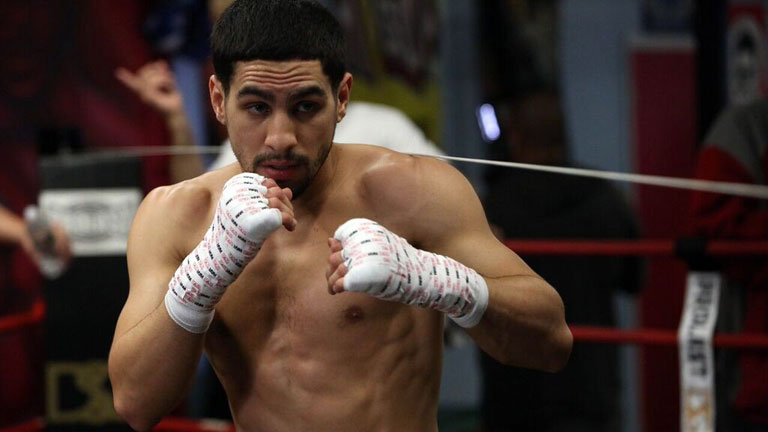 All you need to know about the Danny Garcia fight time and date v Robert Guerrero, and other important details, including the undercard highlights

Danny Garcia (Philadelphia) v Robert Guerrero (Gilroy) takes place at the Staples Center in Los Angeles, California on Saturday, January 23. The show is due to start at 8pm ET, 5pm PT and at 1am in the UK.

It’s set for 12 three minute rounds, with the WBC welterweight title (recently vacated by Floyd Mayweather) on offer to the victor.

Fox will broadcast this Premier Boxing Champions show in the USA and BoxNation will televise in the UK.

Unbeaten welterweight, 16-0 (14) Sammy Vazquez takes on Aaron Martinez, Guerrero’s most recent victim, in a 10 rounder. Martinez is 20-4-1 (4) but since losing to Guerrero the Mexican has scalped Devon Alexander making this an intriguing dust up.

Dominic Breazeale, 16-0 (14), missed out on a bout with Charles Martin (who took and has now won a IBF title fight). But the heavyweight prospect gets his most significant fight to date against Amir Mansour, 22-1-1 (16), scheduled for 10 rounds.