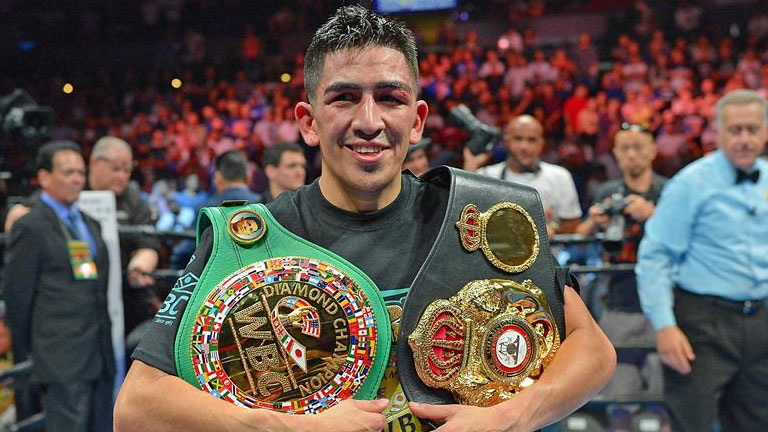 Danny Garcia and others get into the Halloween spirit

WITH Halloween upon us, some of boxing’s top talents have answered questions about their favourite costumes, scary movies and what spooks them the most.

Do you have a favorite Halloween costume you’ve worn in the past?
Chris Arreola – “I just like dressing up as something super creepy. I’m dressing up as a mime this year, but giving it my own little spin.”
Andre Dirrell  – “I’m a festive guy to begin with and Halloween is my favorite holiday. I went all out on this one costume. It’s a ghoul that makes me approximately 10 feet tall when I wear it. I actually got an offer to work at a haunted house because the costume is so great, and I did it for about an hour and a half before I got too cold and had to quit to go inside. Michigan winters are no joke.”
Anthony Dirrell – “I didn’t really wear them when I was growing up. We really couldn’t afford them. I’d usually just draw something on my face.”
Ahmed Elbiali – “I was Zorro for Halloween and got a lot of compliments since I made the costume myself.”
Miguel Flores  – “Never really wore costumes because of my parents, who were old school.”
Danny Garcia -“The Scream mask because that was one of my favorite scary movies when it first came out.”
Alejandro Gonzalez Jr. – “My favorite costume was the killer from the Scream movies. I wore the mask and everything when I was 12.”
Tony Harrison – “I always like to be somebody scary. When I was little, my mom used to make our costumes. She’s really creative and would make us great costumes without having to spend a lot.”
Daniel Jacobs – “I was a gorilla boxer. I had a full gorilla suit on with boxing gloves. I had an amateur belt on. No one knew that it was me in the costume and I was going into stores and scaring people and boxing on them. It was fun.”
Erislandy Lara – “No, it all depends on what my wife and kids decide that year (laughs).”
Abner Mares  – “We never had enough money for Halloween costumes but one year my mother painted my face for a costume and took me out trick-or-treating.”
John Molina Jr. – “I like getting wrapped in aluminum foil and going as leftovers.This year my daughter will be Tinker Bell and I will be Peter Pan.”
Edwin Rodriguez – “When I dressed up as Rocky about three years ago. It was an easy costume to make – obviously.”
Leo Santa Cruz – “I’ve never worn a Halloween costume, but I always go trick or treating. I like to take my daughter trick or treating and this year she’s dressing up as My Little Pony.”
Sammy Vasquez Jr. – “The best was a bloody zombie with guts hanging out and a broken leg.”
Click below to read more.