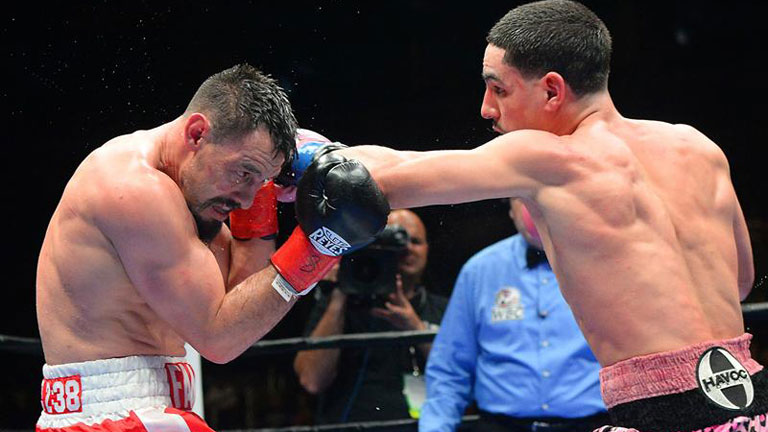 DANNY GARCIA is the new WBC welterweight world champion, the crown Floyd Mayweather once held, after outscoring Robert Guerrero at the Staples Center in Los Angeles.

On the undercard Pennnsylvania welterweight prospect Sammy Vasquez continued his unbeaten run, now 21-0 (15), after Aaron Martinez could not come out for the seventh round with an injured arm.

Heavyweight prospect Dominic Breazeale picked himself off the canvas in round three and won in six after Amir Mansour also sustained an injury.