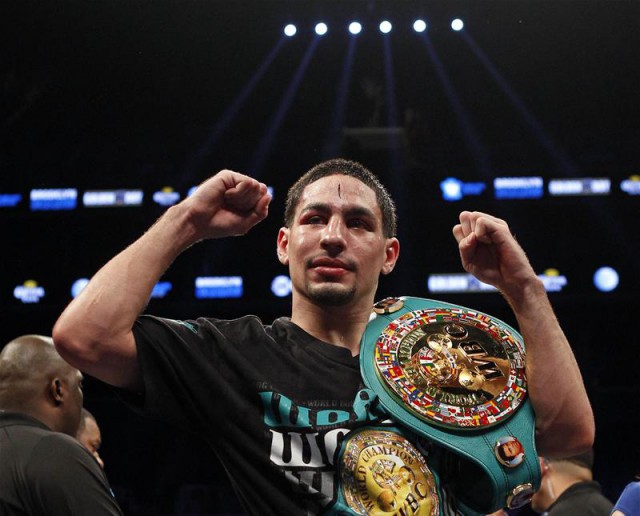 Garcia and Peterson notch wins to set up unification clash

Danny Garcia and Lamont Peterson remained on track for a fight later in the year by winning their respective bouts against Rod Salka and Edgar Santana.

A second round right hand had Salka in a crisis against Garcia. The huge underdog went down, was nailed by a series of left hooks when he rose and was dropped by a further right moments later.

A huge Garcia left hook put an exclamation mark on things, with Salka left down and out.

Peterson took 10 rounds to get by Sanata. He broke through with both hands and the doctor eventually climbed the ring steps to call a halt to proceedings.

“Hope so,” said Peterson, when asked when Garcia is next.

Danny Jacobs can call himself one of the WBA middleweight champions after a fifth-round win over Australian Jarrod Fletcher.

Jacobs had the visitor hurt by a left-right and the Aussie couldn’t contain the follow up before it was stopped with two seconds left in the session.

For our ringside report, download this week’s issue at www.boxingnewsonline.net/apps