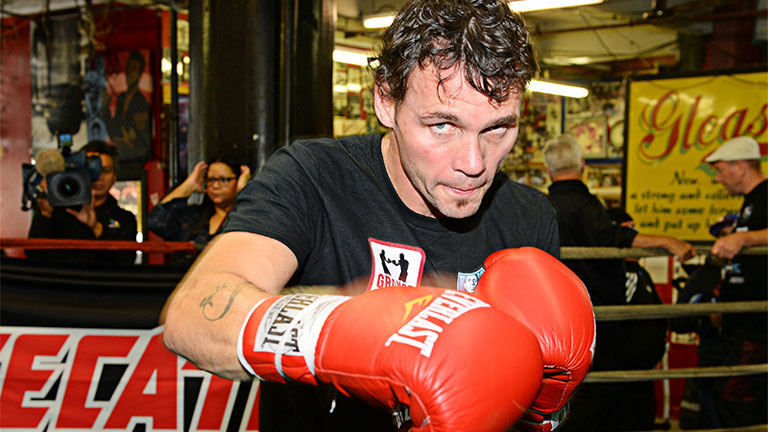 FORMER world middleweight champion Daniel Geale is facing calls for his retirement after being stunned inside two rounds by unfancied Renold Quinlan in a super-middleweight contest in Launceston, Australia.

Referee Gary Ingraham stopped the contest at 1-14 of the second stanza.

The former IBF and WBA 160lb champion, now 35, hadn’t boxed since June of last year when Miguel Cotto blew him away in four rounds.

This loss marks the fourth defeat in Geale’s last six outings, and his last three defeats have all come by stoppage. Prior to losing to Cotto, Geale was stopped in three rounds by Gennady Golovkin.

Quinlan, also from Australia, has only fought 12 times since turning professional in 2008 and Geale represented a marked step up in class, however the 27-year-old earned his third consecutive stoppage win since being outpointed by Jake Carr in December 2014.