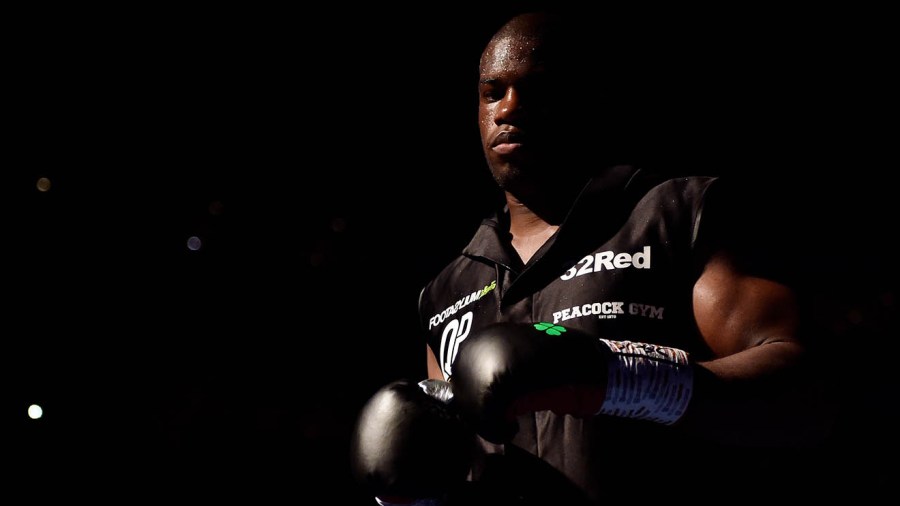 With his devastating performance against Nathan Gorman, Daniel Dubois wins the British heavyweight title and issues a warning to the rest of the divsion. John Dennen reports from ringside

BRITISH boxing has a new sensation. Daniel Dubois was phenomenal as he wrecked Nathan Gorman at the O2 in London to win the vacant British heavyweight title.

It wasn’t just the victory, though that did come over a good fighter in Gorman. It was the manner of it. Dubois descended on him with elemental ferocity to seize a control over the bout that he would never relinquish. Before this title fight there were questions Dubois needed to answer. He had the tools, he had the ability but he was inexperienced. It remained to be seen how the young fighter, still only 21 years old, would handle headlining a high profile title fight at a major arena. Any doubts about his temperament can be resolved. He took to the occasion like a heat seeking missile locking on to its target.

He zeroed in on Gorman and burnt up the space between them. He was denying Nathan room to move, his jab excellent and quick. It streaked out ahead of him, confining Gorman to the outer edges of the ring. But it was his right hand that seared through Nathan’s defences and landed with frightening force. That weapon blasted Gorman to canvas in the third round and struck him down with thunderous finality at 2-41 of the fifth round.

Dubois was all the more impressive given that Gorman did show flashes of his own quality. He had the heart to rise from a third round knockdown that would have dismantled most heavyweights, he had the presence of mind to attack when under pressure and he landed clever shots of his own. What should be alarming for the heavyweight division is that Dubois took them. Gorman might have hit him with a big hook, but Daniel stayed set. His head scarcely moved. He shrugged off the impact to resume that fearful work.

After the fight, Dubois strode into the press conference. He hadn’t felt the need to put on a shirt. He just slung the British title over his shoulder, the Lonsdale belt small against the solid muscle of his arm and chest. The intensity of the fight had left him. He spoke simply with the occasional smile.

“It was strange. It was different this time. I didn’t feel as fired up as I usually do,” he said. “Totally tunnel-visioned and whatever he hit me with didn’t faze me at all. I came through it and was solely focused and one-minded in my assault on him, just to come out victorious. So I wasn’t going to let anything get in my way.

That should serve as a warning to the rest of the division. A new heavyweight has arrived.

The Verdict Dubois comes of age in an explosive fight for the British title.

Dubois comes forward at once. He pushes Gorman back and flings his right to the head. Gorman fires in a cross from short range, just to make the Londoner think twice. With his back on the ropes, Nathan fires off a solid uppercut. But with a strong cross Dubois keeps the Nantwich man pegged back.

The early momentum is with Dubois. Gorman has to rally. He finds a place for his left hook, using that weapon. But for a moment Gorman lists beneath the weight of Dubois’ right hook. Daniel’s jab is excellent. It shoots out, asserting further control and sets up the cross. A cut opens beside Gorman’s left eye, bleeding freely and providing another hint of danger.

As though to demonstrate he’s okay, Gorman quickly walks out to the centre of the ring. It makes no difference to Dubois. He continues the attack. With huge right hooks he smashes Gorman down to the canvas. It’s a remarkable feat that Nathan even manages to haul himself upright. Heart propels him back at Dubois. Although he manages to clip Daniel with a left hook high on the head, Dubois is untroubled.

Dubois opens up on him to start the round. When Gorman retreats to the ropes, it’s a dangerous invitation to offer his attacker. Nathan bobs under a hook and doubles his left into two fine hooks. All the while though Dubois continues to hunt him down.

Gorman spins away from an assault, unbalanced. Dubois marks it and seizes his moment. Gorman is on the ropes and Daniel sinks a left hook into his body. Nathan moves off still. But it’s a massive right to the head that detonates with explosive impact. It casts Gorman down on his back, badly hurt. Referee Victor Loughlin counts him out at 2-41 of the session.