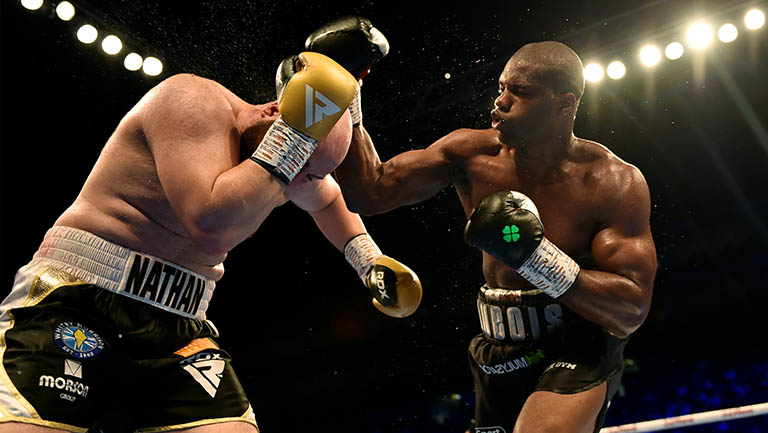 TONIGHT Daniel Dubois made a serious statement of intent. He set about Nathan Gorman with a ferocious intensity to knock out his rival for the British heavyweight title inside five rounds at the O2 arena in London on Saturday (July 13).

His jab kept Gorman on the outer edges of the ring and Dubois quickly closed down his space. Soon he was sending heavy right hands blasting over the top. Gorman fought well himself, snagging Dubois with his cross to repel him in the first round and finding a home for well placed left hooks.

But Dubois delivered an ominous message in the third round when tremendous back hand shots knocked Gorman down. The Nantwich man endured that onslaught but Dubois found the finish in the fifth round. A cross flung Gorman to the canvas. Hurt badly he rose, but not in time to beat referee Victor Loughlin’s count. The official ended it at 2-41 of the fifth round.

“I got caught with a good shot,” Gorman had to admit. “I’ll have to come again and I’m sure I will.

“I was beaten by the better man tonight.”

Dubois is the new British champion and he looks to be the new threat to the division. “Every fight is a learning fight for me,” he warned.

“I was very confident in my power,” Dubois continued, “It was good getting the British title and a good win tonight.”