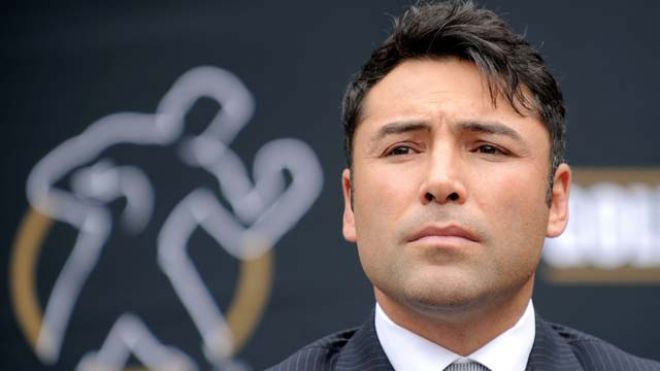 Some, like Amir Khan, can see the value in a ‘Golden Boy’ return, even calling out the former champion for a showdown, but most have questioned the wisdom of a return and see no reason why De La Hoya would want to fight again just three years shy of 50.

UFC President Dana White, a long-time rival of De La Hoya’s, albeit not in a fighting sense, has a theory.

The cutting, no-holds-barred nature of White’s comment will come as no surprise to anyone who has followed the White and De La Hoya relationship arc in recent years. White, remember, called De La Hoya a “cokehead nutball” after De La Hoya’s Golden Boy MMA held a Tito Ortiz-Chuck Liddell fight, while De La Hoya, eager to land shots of his own, has often criticised White for not paying UFC fighters enough.

As for the reported comeback, De La Hoya, 39-6 (30), is adamant it will be taken seriously and will not merely be an exhibition bout in the vein of the one recently announced between Mike Tyson and Roy Jones Jnr (since postponed).

“It’s a real fight,” he told ESPN. “I miss being in the ring, I love boxing. Boxing is what gave me everything I have today, and I just miss it.”

The last time Oscar De La Hoya was seen in the ring was 12 years ago against Filipino superstar Manny Pacquiao. That night in Las Vegas he retired in his corner after eight rounds, the pace of his younger opponent too much to contend with.