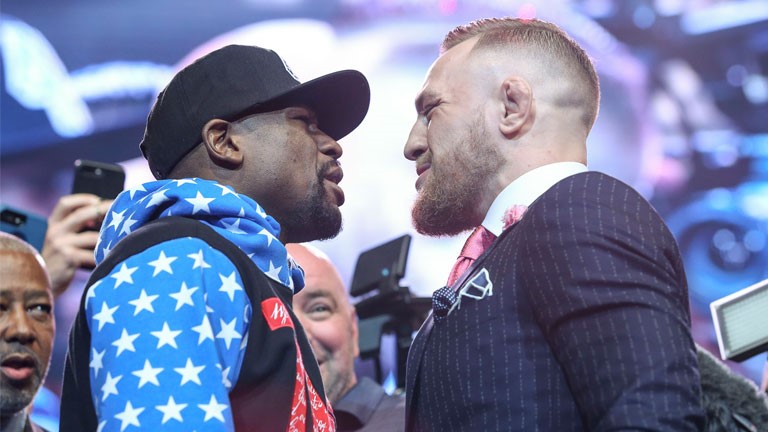 FLOYD MAYWEATHER categorically ruled out a press conference in Dublin, Ireland to promoter his August 26 fight with Conor McGregor, according to UFC President Dana White.

The pair just completed a four-city world tour, which spanned three countries, to talk up their opinion-splitting Las Vegas encounter later this year.

They went to Los Angeles, Toronto, Brooklyn and London but many fans were left disappointed in the fact the tour did not hit McGregor’s hometown of Dublin, like the press tour for his UFC fight with Jose Aldo did back in 2015.

“We wanted to do this world tour, we talked about going to Texas too and obviously Dublin made a lot of sense but there’s no way Floyd was gonna go to Dublin,” White said yesterday prior to the London press conference.

“Absolutely [he said no]. We’re in London and this is hostile territory for him. Imagine Dublin, and that guy’s gotta go stay in a hotel somewhere and get in a car and drive somewhere. I wouldn’t go to Dublin if I was him either, I don’t blame him.

“I talked to Al Haymon [Mayweather’s adviser] about it; ‘yeah, we’re not going to Dublin.’”

A reported 5,000 Irish fans travelled to London yesterday to cheer on their man at the final stop of the tour. Wembley Arena was rammed full of McGregor fans, who berated Mayweather and drowned out his speech with chants and jeering.

Showtime exec Stephen Espinoza, however, has claimed the tour was only ever going to go to cities that are major media hubs, therefore ruling Dublin out.

Though undoubtedly regretful of having missed out on stopping in Ireland, White is more than pleased about how the press tour went.

“As far as accomplishing goals, the idea of the tour was to see how this thing plays out between these two. Realistically this would be the first time we’d see these two in the same room, face to face, verbally going at it,” he said.