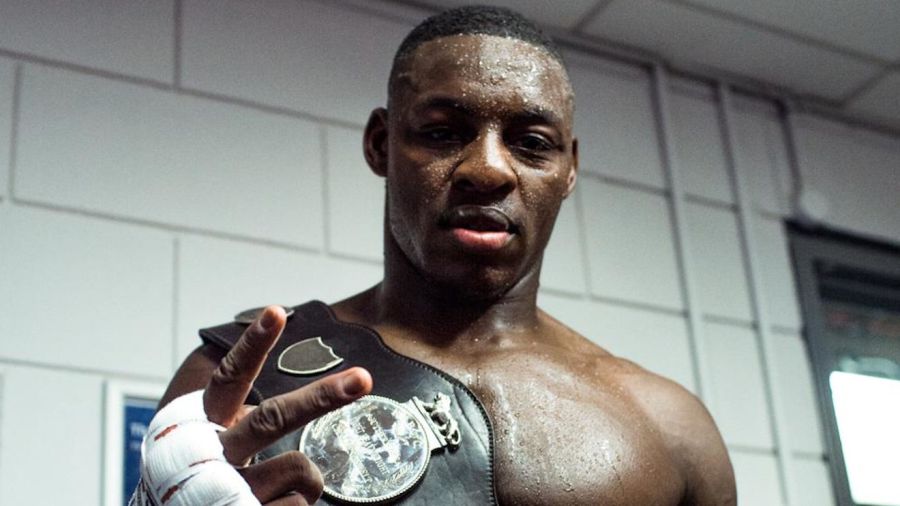 DAN AZEEZ is taking an old school approach with his boxing. He is not looking to bypass the domestic scene. He’s hoping to thrive in it. In his 12-0 career, he’s boxed British rival after British rival, winning the Southern Area and English light-heavyweight titles in the process. He continues along that path on Saturday (April 17) when he fights Ricky Summers in Bolton.

“Ricky, he’s a solid opponent, he’s boxed at British level. He lost to Frank Buglioni. I would say he’s more experienced than me,” Azeez told Boxing News. “I think it’s a good test for me to see where I am now. Obviously I’m trying to climb that ladder, get myself a British title shot or a Commonwealth title shot. I guess he’s a good opponent to see where I am right now. So I’m looking forward to it. He’s got a style that will make for a good fight between us. He comes forward, I come forward as well.”

Azeez has taken risks. He came out of fights with Charlie Duffield, Lawrence Osueke and Andre Sterling unbeaten but these were hard, well-matched bouts. “That’s where my confidence comes from,” Dan said. “They’re good boxers. When I come across them and I do what I do, it gives me that extra bit of confidence.

“Osueke, when we were in the amateurs he was one of the top light-heavies. I would be bloody scared to fight him if I come across him then. [So] I remember him from the amateurs, a very slick, good mover. Not so easy to hit.”

“I was really pleased with that win,” he continued. “For me to beat him in the pros, that meant a lot to me.”

He won the Southern Area title stopping Charlie Duffield at the O2 in 2019. “He was another top light-heavyweight in the amateurs,” Azeez said. “He could punch so I had to be very wary of mixing it up with him. The next day after that fight my body was in pieces.”

He had outpointed Osueke over 10 rounds in Brentwood and in his only fight of 2020 also halted Andre Sterling. “Sterling is tough and rugged, but awkward as well. Brings out the personality in you,” Azeez said. “He was really peeing me off but it was something I had to deal with.

“At certain times in the fight I wasn’t really concentrating, I just wanted to beat him up. This time I know how to handle those kind of situations.”

The route he has plotted out is the approach of an old school pro. If he keeps winning, Azeez hopes it will lead him to a shot at the British title. “It’s good to keep chipping away in the domestic scene because it builds you as a fighter. I’ve got the Southern Area, I’ve got the English, and the next step, hopefully I want it to be the British. I just want to keep just chipping away at that level. It helps me develop as a fighter. I don’t want to get to European level and then I’m fighting my first type of hard kind of guy and then I’m like woah this is different. I don’t want to be fooled by any means,” Dan said.

“The more I keep climbing the ladder. The more I’m going to get closer to those guys and it’s only a matter of time before I’m matched up with them,” Azeez said. “I’d say Callum’s resume puts him at the top of the pile and Lyndon got a good win against Yarde recently. Yarde is very powerful. They’re all good fighters. That’s my plan, to keep winning and get my name mentioned among them.”

“The British domestic scene we’ve got a lot of good light-heavyweights,” he added. “It makes for entertaining fights for the fans. Who cares if one of us takes an L or what not? If it’s entertaining do it again.

“We’ve got a good bunch of us and I think we should all be mixing it up.”