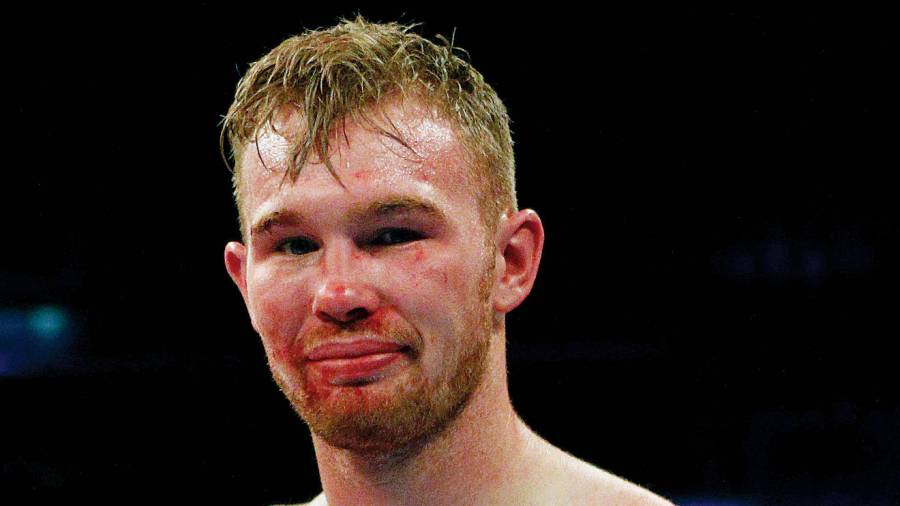 'Perhaps I just like getting hit,' muses Dale Arrowsmith as he speaks to Matt Christie

When and why you started boxing:
I started in 2005 when I was 10 years old. My grandad, Roy Richardson, has had an amateur club for over 40 years so we had no choice, really. My brother Louie and cousin, Stacey Copeland, went into boxing as well.

Favourite all-time fighter:
It would have to be Sugar Ray Robinson – I like his style.

Best fight you’ve seen:
Gatti-Ward III. That was an absolute war. They were all good but their third one was my favourite.

Personal career highlight:
As an amateur, I was very lucky and boxed all over the world, even in Cuba. As a pro, boxing at the Manchester Arena (against Ryan Oliver) in 2018 was a huge box ticked. Another one has to be getting my manager’s licence.

Toughest opponent:
Technically, Bradley Skeete. I believe he can be a champion again. Levi Frankham is excellent, too. He has the makings of a future star.

Best and worst attributes as a boxer:
My best is my footwork, I can move well and I’m tough and always fit. Worst – I enjoy entertaining and leave myself open. But perhaps I just like getting hit!

Training tip:
Don’t break routines. If you miss a session it plays on your mind.

Favourite meal/restaurant:
Gourmet Burger Kitchen. I am also partial to a Hawksmoor steak, but you have to remortgage for that.

Other sportsperson you would like to be:
Maybe Tiger Woods. Golf looks easy to me, walking around a field.

Last film/TV show you saw:
Squid Game, which is possibly the weirdest thing I’ve ever watched.

Who would play you in a film of your life:
Probably Cillian Murphy. I feel like I have some of the same features. My mum always said I had high cheekbones as a kid!

Have you ever been starstruck:
I met Joe Frazier in Hatton’s Gym once. I just turned round and there’s Joe Frazier coming down the stairs. It was surreal.

Last time you cried:
Probably when my mum passed away last year. It was a freak accident, she was only 55.

Best advice received:
Train hard when you’re young. I was guilty of not following that advice when I was an amateur.

Worst rumour about yourself:
This is funny. In 2018, in Boxing News, the reporter said that ‘Yaser Al Ghena looked in good shape compared to the fleshy Dale Arrowsmith’. I only weighed 10st 6!