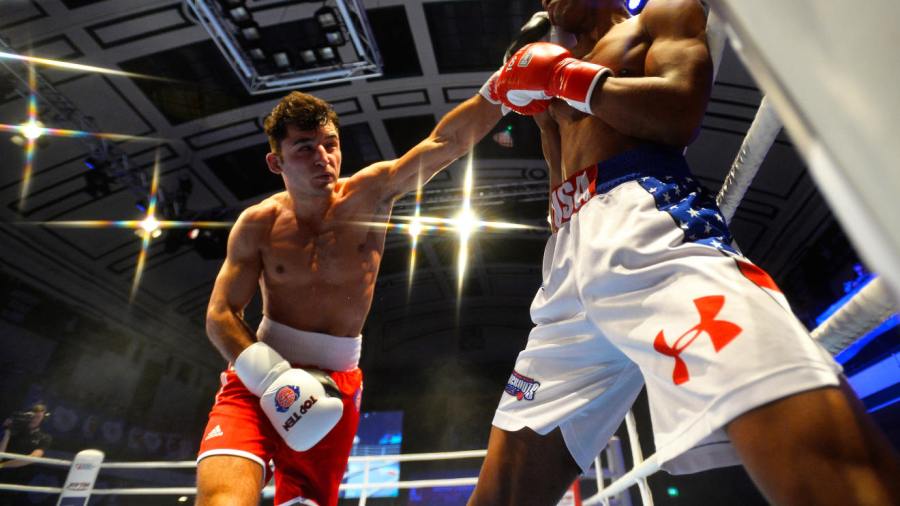 After years of work behind the scenes as an elite amateur, Cyrus Pattinson signs with Matchroom to make his pro debut in his Newcastle home town on Sky Sports

THE life of a top amateur boxer is made up of gruelling, hard work, far from the limelight. For former GB boxer Cyrus Pattinson it was exacting spars week in week with the best in the country and tough tours of the European and international circuit boxing the world’s elite. His relish at stepping into the spotlight to begin a professional career with Matchroom promotions on Sky Sports is understandable. On June 12 he’ll make his pro debut, on the Lewis Ritson vs Jeremias Ponce undercard at the Vertu Motors Arena in his Newcastle hometown.

“It’s a great feeling. I’ve been thinking about this since the start of my GB days,” Pattinson says. “I’ve been behind the scenes for so long, it’ll be nice to get my face out there.”

His opponent will be 4-2 Bulgarian Yonko Markov a scheduled six-rounder. “He’s a game kid,” Cyrus added. “We’ve got a lively opponent. I just want to make a statement.

“It gives us more incentive as well. I think if I’ve got a lively opponent it might bring out the best in us. If he comes to me, it’s not hard to get my shots off, to move off, to look good. I’ve prepared for seven rounds, eight rounds, so I know I can do the six rounds. I’ll be solid for the full six.”

He’s training full time with his the head trainer at his Birtley club Graeme Rutherford, one of the best coaches in the country. “It’s refreshing to be back in. I almost forgot how hard he can push you. So I haven’t missed how hard the sessions are but they’re definitely rewarding,” Pattinson said. “I’m going to be new to this game so I’m not going to get ahead of myself and believe my own hype. I’ve got good people around me that keep us grounded and humble.”

With Matchroom promoting him, Pattinson will also be part of Charlie Sims’ Huge Project management stable, which represents Conor Benn, John Ryder and a host of other athletes.

With the second Olympic qualification event called off and Cyrus’ own friend, clubmate and GB teammate Pat McCormack well on course to qualify for second Olympics with his lofty world ranking, it’s time for Pattinson to strike out on this new course. “We started building and thinking of the longer term picture anyway regardless. So we weren’t just set on the second qualifier because we were thinking you’ve got to have plan A, plan B, plan C, plan D anyway in boxing,” he said. “But the plan’s still the same. We’re heading in the same direction.

“Ambition, that’s what it’s all about. I’ve been waiting a long time.”