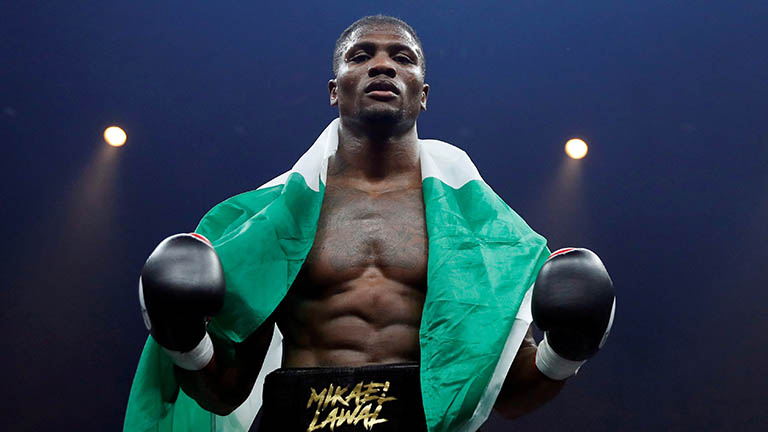 FRIDAY night’s (July 19) Ultimate Boxxer tournament should be entertaining for fans at Altrincham’s Planet Ice and viewers tuning in on BT Sport 2 and BoxNation. Promoter Carl Greaves has found some fun cruiserweights among the eight hopefuls and in Tony Conquest, a former Commonwealth champion at a crossroads. The 35-year-old from Romford and Ultimate Boxxer are a good fit. Conquest is fighting for his future – and vulnerable. He has been KO’d three times in his 18-3 (6) career, including last time out by Italian left-hander Fabio Turchi in November.

“There are some good lads in this tournament, but I’m fast, strong and I hope winning this will put me back in the picture. All I ever wanted was a shot at the British title,” Conquest said.

“Ultimate Boxxer probably doesn’t suit 10 and 12-round fighters, but I’m tried and tested and none of them have been pushed like me. You can look great when nobody’s punching you on the button. You can never really say what’s going to happen in a three-round fight. We all weigh over 14 stone and we can all punch.”

Conquest has been drawn in the quarter-finals against Newcastle-under-Lyme’s Rhasian Earlington who, at 21 years old, is the youngest in the line-up. From Scott Lawton’s gym in Stoke, he’s 5-0 (1) but hasn’t fought since September.

The top two seeds are Mikael Lawal and Damian Chambers. Both are unbeaten punchers who start fast. Lawal has four victories inside three rounds on his 9-0 (6) record, while the Matthew Hatton-trained Chambers has four first-frame wins in his seven triumphs since turning pro at 28.

Born in Nigeria and based in Shepherd’s Bush, Lawal, 24, only had a handful of amateur bouts but landed a promotional deal with the Sauerlands and has impressed. He’s been knocking over opponents early without rushing his work. He towers over quarter-final rival Antony Woolery, a 1-1 novice from Errol Johnson’s stable who’s stepped in at late notice. Lawal will be fancied to beat the 34-year-old from Wolverhampton.

An ex-victim of Lawal, Kent Kauppinen, meets the Ben Davison-coached Dan Cooper, 7-0-1 (2), in the quarters. Lawal outpointed Kauppinen over six in March, but as is usually the case, Kauppinen didn’t let his foe have things all his own way. Strong and game but limited, the 27-year-old from Chippenham puts his head down and fights flat out from the first bell to the last – and he’s got heavy hands. In June, Kauppinen chinned the previously undefeated James Farrell inside two minutes. That was his fifth win in 19 (three early) and his third in his last four.

“I’m an in-your-face fighter,” said Kauppinen, who has also fought in the cage. “How many journeymen get an opportunity like this? I’m so hungry. I only turned pro to make money and now look where I am. I’m fit and tough. I’m ready to fight at my pace.”

If Ruskington’s improving Cooper (23), another who likes to come forward and let his hands go, does overcome Kauppinen in the quarters, Kent is sure to take something out of him. This would be good news for either Chambers or Matt Sen, who the winner of Cooper-Kauppinen will meet in the last four.

Dukinfield’s Chambers is well thought of in the North West where he’s been fighting after turning over late following a brief amateur career. Now 30, his entry into the pros was delayed by a shoulder injury and family commitments, yet Chambers appears to be learning fast. He’s athletic, can box and punch and is expected to be too much for Wolverhampton’s Sen, a 32-year-old former bodybuilder with Jon Pegg who’s decided it’s time to roll the dice.

Chambers is four inches taller than the 5ft 10in Sen, but the 5-1 (1) Midlander can clump, as Josh Burke will testify after being on the wrong end of a Rocky-style turnaround 12 months ago (w rsf 4). Sen also has a first-round defeat on his ledger to a fighter who was 0-4 going in (Taha Mirhosseini in November). Chambers may well do something similar and go on to land the top prize.

The Verdict As ever with Ultimate Boxxer, thrills and spills are likely.