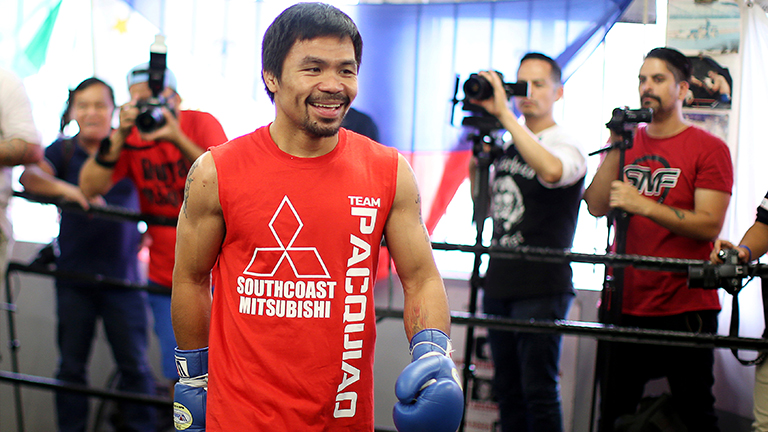 An unlikely challenger is considered for Manny Pacquiao

YOU might not have heard of Australian welterweight Jeff Horn. But the inexperienced contender is ranked number two by the WBO and could be an unlikely challenger for global superstar Manny Pacquiao.

Pacquiao came out of a brief retirement last year to win the WBO welterweight title from Jessie Vargas in November. It seems likely that if he is to face a rising star like Terence Crawford or even Vasyl Lomachenko, both from the same promotional powerhouse, Top Rank, as Manny Pacquiao. Such a fight though would take place later in the year.

That paves the way for a lower key opponent earlier in 2017. Promoter Bob Arum told the Manila Times that “Jeff Horn is a good possibility.” Arum saw Horn recover from a knockdown to halt Ali Funeka on the Joseph Parker-Andy Ruiz undercard in December. Horn’s record is only 16-0-1 (11).

Horn did manage to reach the quarter-finals of the 2012 Olympic Games but has never boxed anyone in the same class as Pacquiao and would be a vast underdog.

Pacquiao’s promoter is considering a world tour and if that took in the UK there are highly appealing opponents for the Filipino in England in Amir Khan, who has been linked to Manny in the past, and Kell Brook, the IBF welterweight champion whose profile soared after a game 2016 effort against Gennady Golovkin.