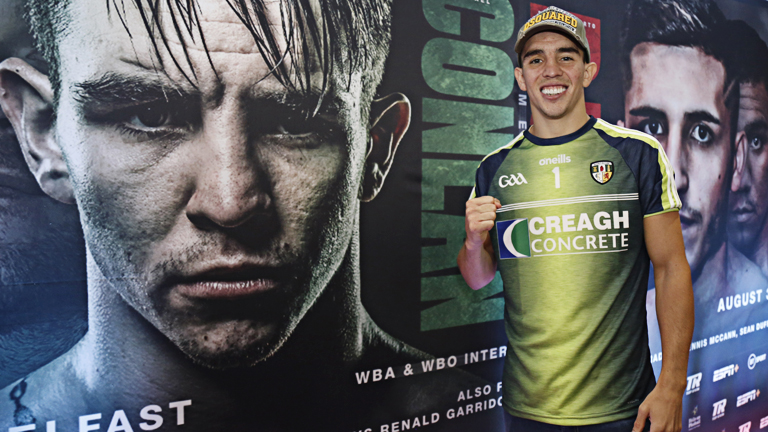 THE coronavirus pandemic is already having a major impact on the boxing industry.

Shakur Stevenson and Michael Conlan were due to fight Miguel Marriaga and Belmar Preciado at the Madison Square Garden Theatre on March 14 and March 17 respectively. But those shows have now been cancelled.

“After close consultation with the New York State Athletic Commission, it has been determined that Saturday’s and Tuesday’s events cannot proceed in light of the ongoing coronavirus crisis. Top Rank will work with the Commission to reschedule the events as soon as it is safe for all involved,” the promoter said in a statement. “The health and safety of the fighters and their teams, and everyone involved in the promotion of these events, necessitated taking this step.

“We thank everyone for their understanding, and we will continue to work with our broadcast/venue partners and state and local officials to decide when the time is right to return.”

Golden Boy promotions have also been forced to cancel two events this month. Oscar De La Hoya their chairman said, “This morning, we were informed by the California State Athletic Commission that all combative sports events have been cancelled for the month of March due to concerns regarding COVID-19.

“Therefore, our March 19 and March 28 events, which were scheduled at Avalon Hollywood and the Forum respectively, have officially been postponed. We will work with state and local officials as well as our venue and broadcast partners to determine the best course of action with respect to these and other upcoming events, both in California and elsewhere.

“The health and safety of our fighters, fans, employees, officials and partners is of the utmost importance to us, and we thank them for their support and understanding during this time. We will communicate further plans when the time is appropriate.”

A Premier Boxing Champions event, that had James Kirkland scheduled to box Marcos Hernandez in Maryland has also been postponed. “In the interest of public health and after reviewing the current information on COVID-19, we have decided the best course of action is to postpone Saturday’s event,” said Tom Brown, President of TGB Promotions. “We understand how disappointing this is to boxing fans and regret any inconvenience.”

The World Boxing Super Series is assessing whether their cruiserweight final, featuring Mairis Briedis vs Yuniel Dorticos, can go ahead in Latvia on March 21.

In the UK currently boxing events remain scheduled. The European Olympic qualification event in London is still set to begin on Saturday. Frank Warren maintains the Joe Joyce versus Daniel Dubois heavyweight clash is not in jeopardy and still planned to take place on April 11 at the O2 in London. Matchroom also have not cancelled any of their British shows but have been forced to call off events in Italy.

Across the world though major sporting events continue to be postponed or suspended.