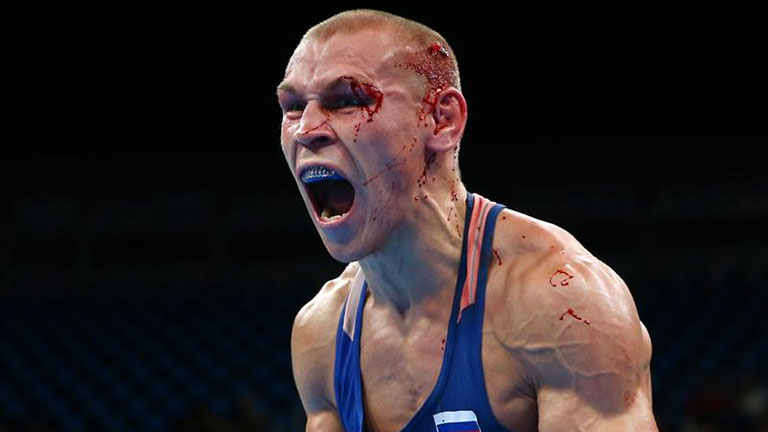 Vladimir Nikitin, the Russian who won a hotly disputed decision over Michael Conlan does not weigh in for today's semi-final. John Dennen reports from Rio

VLADIMIR NIKITN, the Russian bantamweight who controversially defeated Ireland’s Michael Conlan in their quarter-final, did not weigh today for his 56kgs semi-final. The Russian was badly cut over his left eye during the course of his bout with Conlan. His withdrawal means the USA’s Shakur Stevenson progresses to the final unopposed.

The Irishman was left furious at the conclusion of their bout when he saw a unanimous decision awarded to Nikitin for a contest that many observers (including Boxing News) saw going his way.

No boxer before has been reinstated after a defeat in a major tournament when the victor cannot continue. It simply means that neither can contest the semi-final. But it does make that loss all the more bitter for the Irishman.

America’s Stevenson has so far only needed to box Brazil’s Robenilson De Jesus and Mongolia’s Tsendbaatar Erdenebat to guarantee himself a silver medal, through no fault of his own though. Stevenson actually wanted to box Conlan, the reigning World gold medallist, in the semi-final.

In the final Shakur will box the winner of Robeisy Ramirez, Cuba, versus Uzbekistan’s Murodjon Akhmadaliev, who box today.