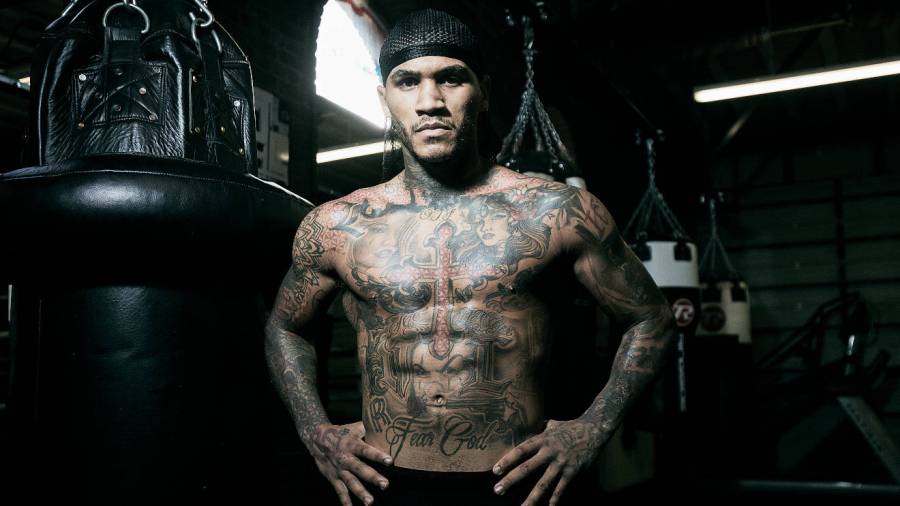 Having spoken with his opponent, Chris Eubank Jnr, Conor Benn fully expects Saturday's fight between them to still go ahead

FOLLOWING news that a positive performance-enhancing drug test has potentially scuppered Saturday’s (October 8) fight between Chris Eubank Jnr and Conor Benn, the man responsible for the failed drug test (for clomifene), Conor Benn, elected to offer his side of the story at this afternoon’s planned media workout.

Speaking with Chris Lloyd of Matchroom Boxing, Benn said at 3.50 pm: “Obviously you guys have read what the Daily Mail published about me today and I wanted you guys to hear it from me personally rather than read it in a statement from me and my team.

“I’ve not committed any violations. I’ve not been suspended. So, as far as I’m concerned, the fight is still going ahead. I’ve spoken to Chris (Eubank Jnr) personally and we both want the fight to go ahead. We’ve both taken medical and legal advice and, as I said, we want the fight to happen for the fans.

“Even in the lead up to this fight my tests have come up negative. So my team will find out why there’s been an initial adverse finding in my test. But, as far as I’m concerned, the fight is still going ahead. I’m a clean athlete and we’ll get to the bottom of this.”

Asked to relay the details of his aforementioned conversation with Eubank Jnr, Benn simply said, “He fully believes. He believes in me. It’s not who I am. It’s not what I’m about. I’m a professional athlete and he was understanding. We both want the fight to go ahead and, as far I’m concerned, the fight is going ahead.”

If the fight does indeed still go ahead, it will have to do so without the permission of the British Boxing Board of Control, who earlier this afternoon revealed their position via the following statement: “On the evening of 4th October 2022, the Board of the British Boxing Board of Control Limited resolved that the contest between Chris Eubank Jnr and Conor Benn scheduled to take place on 8th October 2022 is prohibited as it is not in the interests of Boxing. That was communicated to the Boxers and Promoters involved on the morning of the 5th October 2022.”