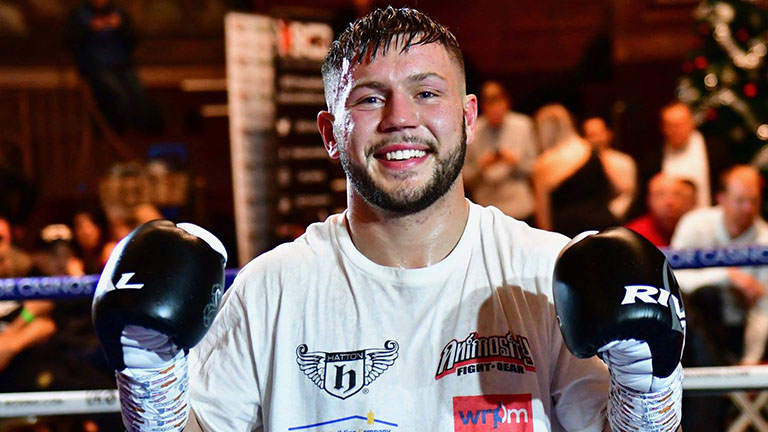 THERE were a few grumbles on this Sunday afternoon show at The Venue when the six-rounder between unbeaten pair Conah Walker (Wolverhampton) and Ohio kain Iremiren (Eltham) was deemed a 57-57 draw by referee Kevin Parker.

The Londoner seemingly edged ahead after a close opener before slowing a little and allowing Walker to take the initiative, though he did rally again a little in the last.

A re-match could solve any arguments.

It was Mr Parker himself who took charge of the one-sided four between Wolverhampton’s recent British bantamweight title challenger Kyle Williamsand another Nicaraguan in Jose Aguilar, which finished 40-36.

A spirited six-twos at flyweight between Burntwood’s Dani Hodges and Lochgelly’s Emma McCulloch was scored 58-56 in favour of the former from ringside by Mr Parker. There was only ever a whisker in it though and Emma had to contend with a rapidly closing left eye late on.

Former Midlands Area champ James Beech Jnr had got the ball rolling in his first outing of the year, against Bradford’s Jake Pollard. Beech Jnr won all four rounds but did pick up a cut to the right eyebrow when heads clashed in the second.

There was a success by the same 40-36 scoreline in a battle of the Jones boys, when unbeaten local Connor Lee Jones proved too much for Telford’s game Dean Jones.

Solihull’s Chris Dean was the man in the middle for both with Kevin Parker scoring.

Newark referee Parker handed down one more 40-36 win at the conclusion of the four between Ledbury’s Alex Florence, back in the ring for the first time in 14 months, and Sheffield’s Qasim Hussain who is fast approaching his 100th bout.

The Verdict Another season over with for busy Black Country Boxing Promotions.