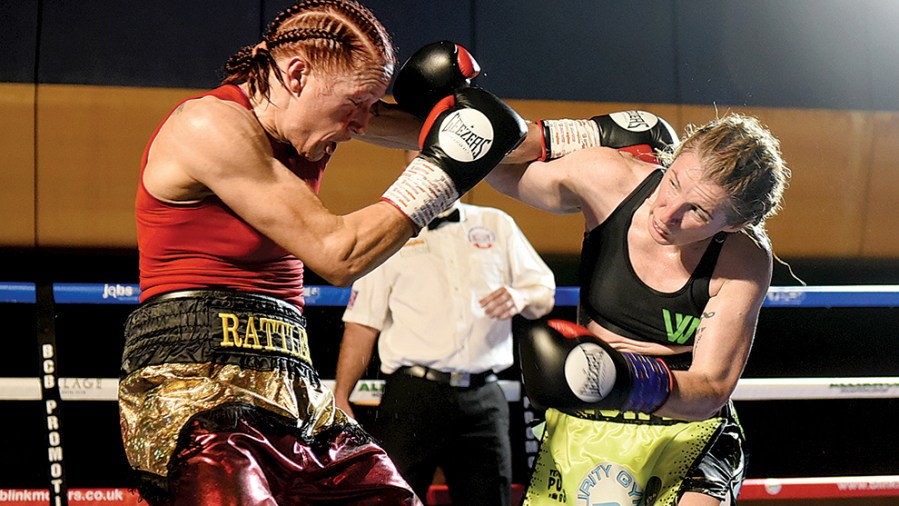 Small Hall promoters admit they have to stage better fights to survive – and the signs from this coming weekend’s offerings are good, writes Matt Bozeat

KEVIN MAREE says his fighters have told him they are willing to take 50/50 matches to save small hall boxing. There have been fears for the future of grassroots professional boxing in recent weeks.

Maree says the business has reached “a turning point” with the only solution to the lack of British journeymen, and the spiralling costs of foreign opponents, being to match prospects against each other earlier in their careers.

The Manchester-based manager and promoter says he has got the response he hoped for from most of his fighters.

“I’ve told them: ‘If you take a 50-50 fight on one of my shows and you lose, you will be the first name down for the next show,’” he said. “Most of them have said: ‘Great, I will be able to sell more tickets because it’s a better fight and the fight will excite me more, make me push myself harder in the gym.’”

Mo Prior is hoping for a similar response. He has been promoting small hall shows for around a decade and spelled out the crisis facing the sport.

“Because of Covid, there are fewer British fighters now,” said Prior, who was inducted into the British Boxing Hall of Fame last week.

“Some of them didn’t renew their licenses after the pandemic and the Board aren’t passing as many fighters. They want them to have amateur experience now before they turn over and because there aren’t so many British fighters out there, the foreign agents are putting their prices up.

“It’s all about supply and demand. They know we haven’t got as many British fighters anymore, so they have put their prices up.”

Prior estimates the price of foreign fighters has increased by 40 to 50 per cent since the pandemic and said: “That means the home fighters have to sell more tickets to cover the costs. Unless this changes I can see small-hall promoters going out of business.

“The Board are being stricter on who they allow into the country as well, which I agree with, because we don’t want to see people fall over in the first round. But it just makes a hard job even harder.

“I’m not going to throw them under the bus if they lose a 50/50 fight early on. The ‘0’ isn’t that important. I had [debutant] Deevorn Miller losing to another debutant in Grays and he will learn more from that than he would beating up five journeymen.

“Small hall promoters can’t afford to build fighters up to 10-0 anymore. The opponents are getting more and more expensive and the public don’t want to pay to watch prospects beat up the same old journeymen.

“Times are hard and if people are going to spend their money on boxing shows, they need to get value for money. Small hall boxing could die if we don’t give fans the fights they want to see.”

Prior is doing his best, promoting a show alongside Lee Eaton at York Hall on Friday night that features three title fights, topped by Portsmouth’s Lucas Ballingall, 15-2 (4), meeting Boy Jones, 20-4-1 (8), for the vacant English super-lightweight championship. Both sell tickets and it has the makings of a good fight.

For Ballingall, it will be his second shot at the St George’s belt.

The 25-year-old challenged Derby’s Myron Mills for the 135lbs title in Sheffield last May and didn’t lose by much on the scorecards. Ballingall was all over Mills in the last four rounds, but it was too late and he was beaten 96-95 (twice) and 96-94.

That led to a rethink and Ballingall, trained and managed by father Michael, moved up to 140lbs and posted a pair of routine points wins to get another English title shot.

Jones has also been boxing under the radar recently after getting plenty of exposure on BoxNation early in his career.

The six-footer from Chingford had a front foot style and boy-next-door manner that made him very watchable and viewers saw him win the Southern Area super-featherweight title three weeks before his 20th birthday, dominating Martin Hillman over 10 rounds in Brentwood in November, 2016. Three months later, the belt was lost to Lowestoft’s Craig Poxton, who outlasted Jones and stopped him in the last.

Jones subsequently had a spell of three straight losses in title fights at 135lbs – including a narrow points defeat to Shaun Cooper – before going up a weight division and down several levels.

He’s had a pair straightforward wins going into this weekend’s title fight.

It’s hard to pick a winner given that both are untested at 140lbs and we go for Ballingall to last the pace better and win on points.

Two Southern Area title fights are also on the bill. Chelsea’s Connor Marsden, 6-2 (2), makes the second defence of his lightweight title when he takes on Sheerness southpaw Martin McDonagh, 10-2.

The man from Kent gave Harlem Eubank plenty to think about in September 2020 before getting knocked out in the eighth. In his only other outing against a fighter with a winning record, he was closely outpointed over 10 rounds by Daniel Egbunike in June 2019. Like Marsden, McDonagh was a good amateur and this has all the makings of a quality contest. Connor, who has more experience at 10-round level, could edge this on the cards.

The scrap for the vacant bantamweight title, between Stranford-le-Hope’s 4-0 (1) Jordan Purkiss and Newham’s Ryan Walker should be another good one. Walker, 12-3 (3), is the pick due to his experience and savvy over the 10-round distance.

In the same venue, on the following night, Mark Neilson promotes a clash for the vacant Southern Area super-welterweight title between Barnet’s Jordan Dujon, 7-1, and Southminster’s Jack Martin, 6-0 (2).

Maree promotes at Oldham Leisure Centre on Saturday night where he predicts the crowd will see “a breakout performance” from his super-middleweight Callum Simpson, 9-0 (7). The 25-year-old from Barnsley meets Ben Ridings, 5-2, for the vacant Central Area championship.

Both have been fighting up at 175lbs where the long and quick-fisted Simpson has shown impressive power. He’s stopped his last four opponents inside a round, but is sure to find Ridings harder to beat.

The heavily tattooed 24-year-old from Bury has been matched tougher and last time out landed enough punches off the back foot to take a couple of rounds off former Great Britain amateur Thomas Whittaker Hart (6-0) in an eight-rounder in April.

Maree has seen enough of the Mark Hurley-trained Simpson to say he can “go all the way,” but even after seven stoppages in nine wins, he’s still untested. Ridings is sure to be the first to, but we go for Simpson to beat him on points.

The Midlands Area welterweight championship is on the line in Stoke on Saturday night where Jamie Stewart, 3-2-1, defends against Ben Fields, 10-12-2.

Fields, far better than his record suggests, is best known for appearing in a Sky Sports-televised Boxxer tournament last November.

The story of how the Digbeth had left prison behind to turn pro at 28 and earn his “O Taker” nickname fighting out of the away corner saw neutrals getting behind the Digbeth fighter. But, despite his huge heart, he couldn’t beat Tom Farrell in his first contest.

The 32-year-old is possibly more comfortable in the away corner and that’s where he’ll be inside Kings Hall.

Stewart is another who’s been saved by boxing, a former drug addict who had nine spells in prison before he took his brother’s advice.

“My brother said to me one day: ‘Why don’t you try boxing?’ You can have a fight and not get into trouble,’” remembered Stewart. “I liked the sound of that.”

Stewart had a brief apprenticeship on the white-collar circuit before turning over and he’s proved resilient and awkward enough to draw with a 7-0 Florian Marku (7-0), upset 4-0-1 Michael Hennessy Jnr and win the vacant Midlands title in March, outpointing Derby southpaw Alex Fearon by a 96-93 score.

Fields had a points win over Fearon for the Midlands title at 140bs and in a previous bid for the 147lbs strap he was outpointed 97-95 by Birmingham’s polished Kaisee Benjamin.

Fields is sure to be a handful again, but we go for the champion to hold him off and win on points.

Elsewhere, at the Eastside Rooms in Birmingham on Friday (September 30), we can expect a quality battle for the vacant Midlands Area super-featherweight title between Beeston’s Joe Underwood Hughes, 7-1 (1), and Willenhall’s Shaun Cooper, 13-4.