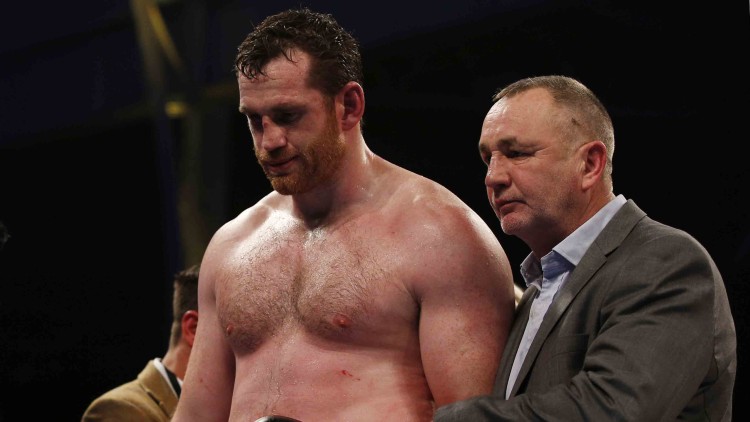 GERMAN-based Romanian heavyweight Christian Hammer might have ended the pro career of Liverpool giant David Price. Scoring a seventh round stoppage over the once hugely promising Price, Hammer retained his WBO European title on Saturday night in London, as well as scoring a win the 29-year-old hopes will lead to a bigger fight.

Q: Congratulations on the win over David Price. How hard was the fight and how hurt were you when you were knocked down in the fifth round?

Christian Hammer: “Thank you. It was a very hard fight, a tough physical fight. David Price is a very strong boxer, he is big and a good fighter. I wasn’t hurt [when I was knocked down], I was more surprised than anything. If you could see, I was smiling as I got back up. I wasn’t hurt.”

Q: Nevertheless, you showed a good chin. How did you beat Price?

C.H: “Well, I feel mentally stronger, and better than ever. I broke Price down. After the third round, that is when I felt I had broken him. He was very tired. I feel this is my time now. I am better than ever before.”

Q: Do you feel Price should now retire?

C.H: Maybe. This is up to him but I don’t think anybody will be angry with him if he does decide to retire now.”

Q: Who do you want to fight next, and when would you like to box again?

C.H: “I want to fight Joseph Parker, or the winner between Parker and [Hughie] Fury. I feel I deserve a world title shot. My promoter wants me to keep busy but I am getting married in May, so we will see. But I must tell you, I would be very happy to fight over in the UK again in the future. I love the UK! I am treated fairly there and boxing is very big there. The publicity [the fights get] is great.”