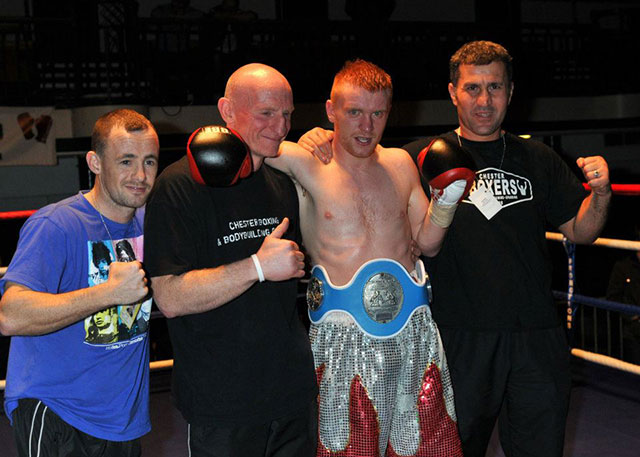 THINGS have really heated up for Chris Goodwin ever since he defeated Mikheil Avakyani in Chester last month. The tough split decision win, against a late-notice substitute who came in over the original lightweight limit, has acted as a surprise stepping stone.

This was emphasised when his trainer and father, Steve Goodwin got a call asking him if he wanted Chris to come for some rather interesting sparring.

Steve explains: “I got a message off the internet from London agent Derek Waddell. He asked us if we wanted to come over and do some sparring with unbeaten Finland lightweight Edis Tatli who is due to fight Richard Abril for the WBA lightweight belt this month.

“Well, I had a look and I thought it would be good for Chris, but it had to be up to him. He had a look at a video and he loved the idea. Two days later we were in Finland!

“I have to say, we were treated really well by their camp and I loved Finland. It is a beautiful country”

Well, such quality sparring was always going to be tough, but it was certainly beneficial for the young Goodwin.

“It was very hard. Tatli is a good fighter, and his coach is a good coach. Chris did well though. Very technical work. They were using the jab, throwing good combos, moving well and throwing. You couldn’t ask for better sparring.

“We did 40 rounds of that, and on the last day Finland TV was there. The guy said it was the best sparring he had seen in ages and they ended up interviewing Chris, asking who he was and where he came from. They were really impressed.”

Now the obvious question I had was, can Tatli beat Abril? Steve Goodwin definitely thinks he has a chance.

“They are preparing really well but they have a tough guy against them. Abril has really chopping right hands which is very dangerous. But Tatli is a really skillful fighter and is very strong. He has a real chance here, and he is at home.”

After such good work, where does Steve want Chris Goodwin to go next? One name stands out.

“We want Mzonke Fana. He is slick and he is still very good, but I know Chris can beat him.

“After that I want really good names that will get us real respect with the WBA, IBF, WBC and WBO. I want them to realise Chris is a brilliant fighter and not some sort of f****** joke. We can only do that by fighting names with real quality behind them.”

Fana would be a quality step up and probably a very makeable fight. It would certainly be one that grabs the public attention.

Chris Goodwin’s journey might just be at the beginning. Watch this space.