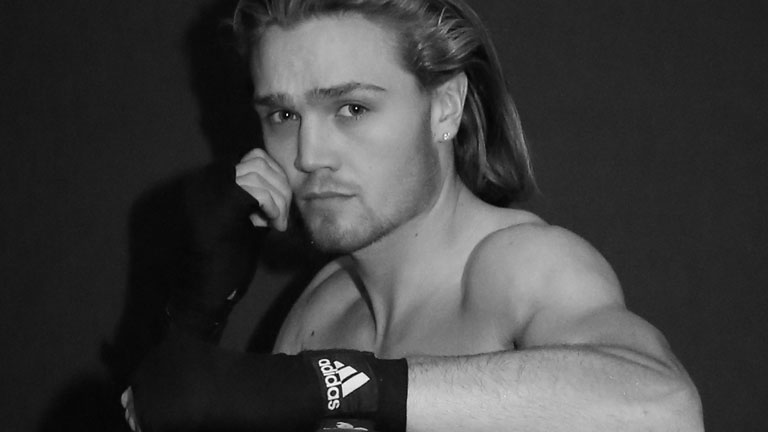 IT was the talk of the boxing community last week. Chris Eubank Jr was widely criticised for allowing gym footage of him purportedly ‘knocking out’ an inexperienced sparring partner to be disseminated via his social media accounts. Even Eubank Jr’s March 26 opponent Nick Blackwell, the British middleweight champion, has weighed in, labelling the son of a legend “a nasty piece of work”. Now, Boxing News has tracked down the Chris Eubank Jr sparring partner in question and while Grays middleweight Tey Lynn-Jones – who makes his professional debut on a Carl Greaves show in his hometown on March 4 –  admits to losing respect for a man with whom he has worked at least 50 rounds, he was keen to correct a few misconceptions regarding the incident.

“I did not get knocked out,” Lynn-Jones, a veteran of 36 amateur bouts, insists to Boxing News. “I tried getting up and my trainer – my dad, Jason Jones – came in and held me down, told me to relax and that there was no point rushing to get up. It was the fifth round of sparring and I wanted to carry on, but they felt it was a good time to stop. It was my first spar in a month and I was a bit fatigued by that point but I don’t want to take anything away from Eubank Jr, they were three quick, clean shots, world-class shots that would probably have put a lot of boxers down. I got a bit careless and I’ve learned that you can’t afford to let that happen.

“I’ve no problem with the knockdown itself, more that it’s gone up everywhere. On his Snapchat and the other platforms, he only puts up 10-second clips, but his sister always films the whole of his training and sparring sessions. I more than held my own otherwise, so it’s a shame the whole session weren’t put up. It’s a shame he had to boost himself, and his ego, by using that short clip on the internet. I’ve lost a lot of respect for him. I thought he might put it up on Snapchat but I didn’t think he would put CCTV footage up, or go out of his way to use that to get a better angle; I weren’t expecting that. But I’m 21, I’m not too worried, it’s a good thing that I’m learning this in sparring and not in the ring.”

Lynn-Jones’ magnanimous reaction is to be applauded, unlike the regrettable act which prompted it. A winner of Area titles and a Celtic Box Cup in the unpaid code, the Grays man has had a few unlicensed contests too, mirroring Blackwell’s path. He began working with Eubank Jr and Ronnie Davies around a year ago.

“You’ve got be sparring top-level pros to better yourself,” Lynn-Jones reflects. “It’s been a good experience, I’ve never had a problem before and I’ve sparred James DeGale, John Ryder, Andy Lee, George Groves and Billy Joe Saunders and been asked backed. I was invited back by Ronnie this week, but now the spar has gone online and there has been a backlash, I might have lost the opportunity, but I’ve got my pro debut to think about next week.”

Lynn-Jones will be taking over 200 of his “Teysty Team” followers to his debut and admits more people are aware of him due to the Chris Eubank Jr sparring furore, although he would prefer to attract supporters for the right reasons, so if you’d like to join his growing fanbase, please follow him @teylynnjones.