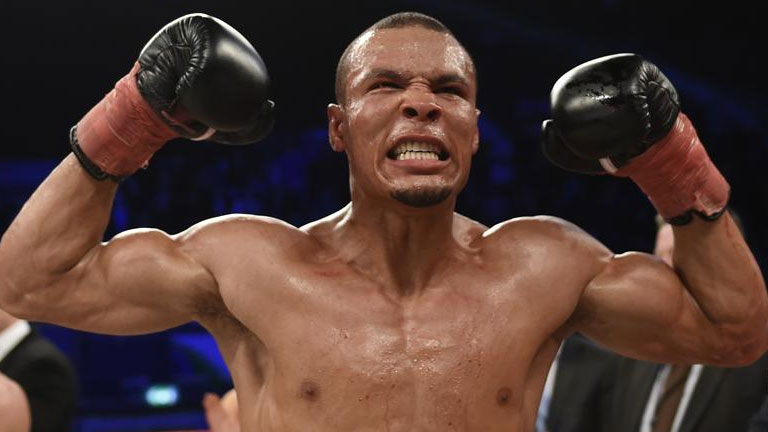 AMID all the excitement of Kell Brook’s unlikely challenge against middleweight ruler Gennady Golovkin spare a thought for Chris Eubank Jr. The British middleweight champion had been so close to securing a shot at the WBC, WBA and IBF boss but is now left out of the picture without a clear direction for his career.

He vented his fury on social media, telling Golovkin: “You’re so called ‘pound for pound’ but fighting a guy two weight divisions below you!? Nobody in the UK or anywhere else is going to respect you.”

He continued, “[Promoter Eddie] Hearn goes through a tough spot with my contract so offers you Brook as an easy way out and you take it. You ain’t no Pound for Pound King doing that.”

Eubank Jr is adamant he still wants to fight the winner of the September 10 Golovkin-Brook contest. “After you’re done bullying Kell Brook and you’re ready for a fight with a real middleweight, I’ll be there. Pick on someone your own size,” he declared.

Turning his attention to Brook, he said, “As a fellow Brit I wish you nothing but the best Kell. But everyone knows what’s going to happen to you. Too small.

“A huge welterweight is not a middleweight. Golovkin should not be allowed to fight you and everyone will see why in September.”