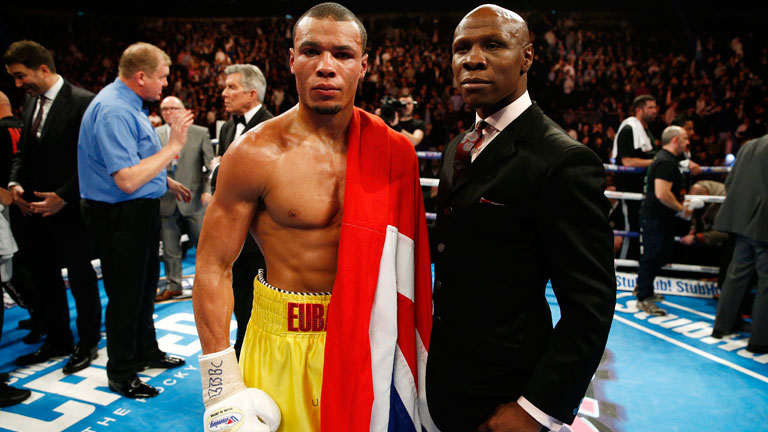 Twitter goes mad as Chris Eubank Jr departs Matchroom due to their losing purse bids, while the team backing Tyson Fury take on the Hearns

CHRIS EUBANK JR has left promoters Matchroom after they failed to win the purse bids for his mandated shot at British middleweight champion Nick Blackwell, both his father and Matchroom’s Barry Hearn have confirmed.

“Team Eubank are released from the Matchroom contract because Eddie [Hearn] lost the purse bid 4 the British Title fight against Blackwell 2 Hennessy [Sports, Blackwell’s promoter],” tweeted Chris Sr or “English” as he now likes to be known.

Barry Hearn later confirmed this news in a number of tweets, saying, “He has the right to terminate so I guess he doesn’t want his son on sky Strange decision… We run a proper business. We were happy to pay Blackwell 120 k but no more. Our choice…”

This development follows hot on the heels of a social media dispute between the Hearns and the team backing Tyson Fury – coincidentally, also Hennessy Sports – over the extent of Matchroom’s involvement in the November 28 Sky Sports Box Office ppv headlined by Fury’s win over Wladmir Klitschko. Tyson’s team believe Matchroom had no involvement after the UK portion of the broadcast was scrapped, but the latter insist they have exclusive rights as Sky’s sole boxing promoter to broker fights on UK soil and those involving British fighters, which means – they say, that they helped negotiate the financial split with Sky.