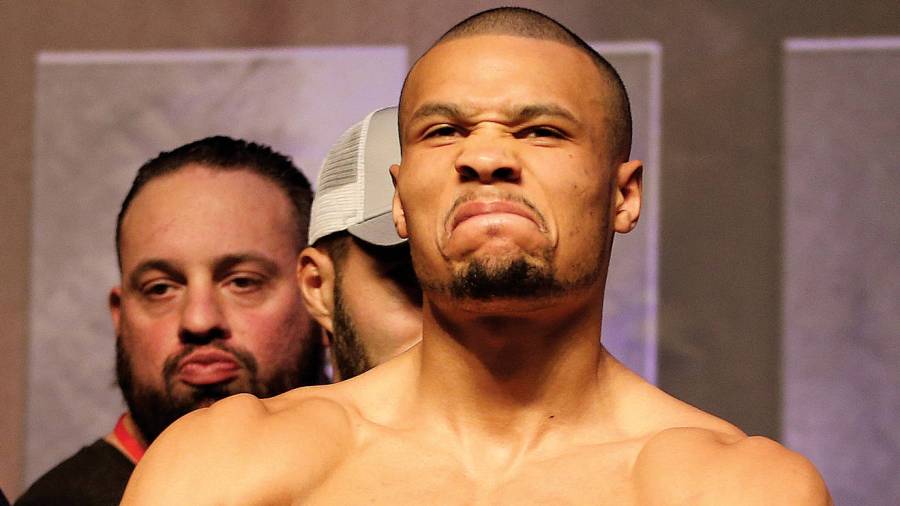 Chris Eubank Jr tells Declan Taylor about training in Pensacola while being surrounded by alligators, snakes and Roy Jones Jr

IN THE 25 months since he secured the finest victory of his career via decision over James DeGale, Chris Eubank Jr has boxed competitively for just three minutes and 34 seconds. Even so, the Brighton man has described the coronavirus pandemic as one big blessing. That is because COVID-19 forced him onto a farm on the Florida panhandle where he forged a relationship with one of his idols which he now hopes will endure for the remainder of his career.

“I wouldn’t have even met Roy or gone to his farm if it wasn’t for COVID,” Eubank tells Boxing News. “Everything happens for a reason.”

The Roy of which he speaks is of course Jones Jnr, the legendary multi-weight belt-holder, who he now trains under on his farm in Pensacola. For a man who has operated without a recognised trainer for much of his career, the link-up represented something of a curveball. “America had become where I was calling home when I signed with PBC and Showtime. The plan was to have fights in America but that plan didn’t go as we had hoped,” said Eubank, who has now penned a deal with Sauerland Promotions.

His solitary fight on the aforementioned deal came in December 2019 when he faced Matvey Korobov in an intriguing clash which ended 34 seconds into round two when a shoulder injury forced the Russian to retire. A few months later, the world changed. “Just before COVID hit, I was in Las Vegas,” he continues. “I was only supposed to be there for a few weeks. I went to a fight show at Sam’s Town and Roy was in the corner for a friend of mine. I was in the changing room when they were getting ready, they had the fight and came back.

“Everyone was chilling out and I got a chance to speak to him for five minutes. He mentioned he had a private gym on his farm in Florida and I was asking him a few questions, as anyone would to someone you looked up to for years and years. He was and is a hero of mine so we spoke, took a picture and then went our separate ways. That was that.

“Then a week or two later, COVID hit. Vegas was about to shut down, everything was about to close, the gyms were about to shut down so I was deciding – go back to England to be with family and friends or stay in Vegas and see what happens. But I knew I needed to train and Roy said he had his own gym so I wondered if that might stay open.

“I got my dad to contact him and he said ‘yeah, come on down’. I was on a flight the very next day and ended up staying there for a year. It’s pretty crazy how life works out.”

Eubank will have Jones in his corner for the first time this weekend when he takes on Marcus Morrison over 10 rounds on the pay-per-view show headlined by Joseph Parker against Dereck Chisora in Manchester. For the 31-year-old, it will be his chance to show the world what he has been working on amongst the animals in Pensacola. “From the word go, he was on me,” Eubank says of his new trainer. “He was on it 24/7, spending hours and hours every single day on the smallest things, working over and over.

“It’s a passion of his, it’s exactly what I needed in a trainer and I’ve never really had a full-time, day-in, day-out trainer. To find that in Roy was pretty amazing and the things he was saying just made sense, clicked, worked.

“We didn’t even have a conversation like ‘I am going to train you’, it was literally the first day I got there, the session ended and I said to myself ‘this is the guy who is going to be training me for hopefully the rest of my career’.

“I would say 90-95 per cent of the last year and a half has been all about training, all about getting better as a fighter. I didn’t have to do that. I didn’t have to take myself out of the comfort zone of being in Las Vegas, training in Mayweather’s gym, staying in my nice apartments.

“I didn’t have to move to a farm where I didn’t know anybody and be away from my friends and family. But I did it because I know there is a lot more left for me to do and I want to do it to the best of my ability.

“At times it was rough, lonely and all the rest of it but I got through it and I’m a better man for it now.”

Although much of his career has been spent at the seafront gym in Brighton run by Ronnie Davies, Eubank has also trained a lot in America and also Cuba, where he infamously sparred Erislandy Savon on a particularly painful afternoon for the young Englishman. Even so, Jones’ 80-acre farm has been an altogether alien existence for Eubank.

“I’ve never trained anywhere like it in my life,” he says. “You’re literally surrounded by animals.

“You’ve got chickens and turkeys, raccoons, snakes, armadillos, alligators, literally every creature you can think of is on that farm. Then in the middle of all of that is the gym, like in a warehouse just by his house. But all around that you’ve got this farm with all the animals.

“The amount of times I’ve been sparring or working out and you just get a dog or a cockerel jump in the ring during sparring is unbelievable. But you’ve got to do what you’ve got to do, deal with it because that’s how Roy likes things. That’s how he trained and now that’s how I train.

“I think it has been a good thing to get away from Brighton. You have to do what you think is best for you and I felt that finding somebody who could spend quality time with me day-in, day-out was the key.

“If you look at the success I’ve had throughout my career without a trainer it’s hard for me to really see where a full-time trainer would really fit in. I was winning all these fights and I wasn’t being trained fully.

“Don’t get me wrong, Ronnie Davis has always been with me 100 per cent, he’s the man but it wasn’t as a fully training aspect, that was more as a manager and advisor who could set things up, same with my dad. He would teach me things but he’d be there for one week but then gone for a month. It was never anything solid and I needed something solid.

“My dad is still involved on the management side. We’re always in contact and we’re very close but he is taking a step back in terms of my career, being there at the beginning it was always me and him but we are at a point now where I have to walk my own path and he understands that.”

After such inactivity over the last two years, Eubank is adamant his first fight in the UK since February 2019 will signal the start of a busy new chapter. And, despite spending much of the last five years up at super-middleweight, he is now set on campaigning at 160lbs instead.

“I’ve got to be active,” he says. “I’ve had too much time out of the ring which is why I’m fighting a Marcus Morrison in my first fight back.

“I’ve got to dust the cobwebs off, get the ring rust off, do the job and move on. I want to fight again in the summer and then a big one at the end of the year. I’m very excited.

“The only fight I would do 168lbs for again is Canelo. Outside of him, no, I’m campaigning fully at middleweight. There are a lot of big names at middleweight, Ryota Murata, [Jermall] Charlo, they are all big fights for big titles and they are all fights that could be made very soon.

“But I want [Gennady] Golovkin at the end of the year. I missed out on my opportunity a few years back and it has always been a big regret of mine. The fact that I was so close to getting that fight and then it slipped through my fingers hasn’t left my mind.

“But at the same time everything happens for a reason. I feel like with my new set-up I am ready for anything and it is now up to me to prove it.”