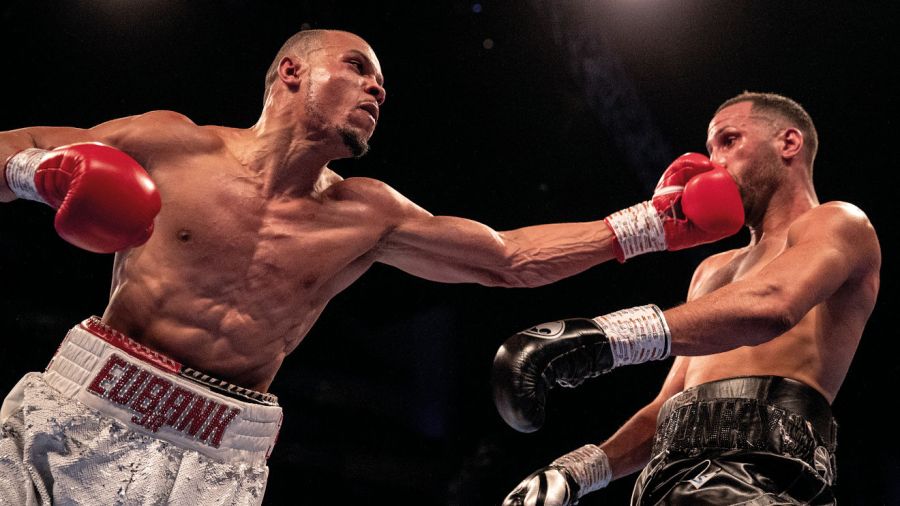 PEOPLE always ask me when I’m coming back to England but I can’t until the lockdowns have been loosened. Right now, out here in America, I am free.

I don’t get homesick. I was in America as a kid, at high school, training to be a boxer, having my first amateur fights. I was away from home at a young age so I’m used to it. I’m somewhat Americanised with a lot of close friends out here. I’m comfortable, I’m happy.

I took a little break over Christmas after training non-stop throughout 2020. I spent a week in New York and then went out to Las Vegas before heading back to Florida to resume my training. It was good to reset before I go back to the gym and get ready for a fight this year.

Roy Jones Jnr is my trainer. He’s the main man and I’ll be with him for the rest of my career. I’ve been training with him for a year and I’ve learnt so much from him. Not only that, I’ve been reminded of so much. There’s things you lose track of over the years that you used to practice and perfect; you get to an age when you think that’s not important. I’ve come to realise that those things are always important. To become a master you have to practice the small things every day. That’s one of the good things about COVID; it brought me to Roy.

I used to say I didn’t need a trainer when I was winning fights and I was dominating guys. But spending time with Roy has opened my eyes about what the right trainer can do. If you’re with the right guy, and you click and you trust and respect them 100 per cent, having a coach is a beautiful thing. I wish I’d met him earlier.

I’m looking for the world titles. I am not getting any younger. I understand that the pandemic has made it harder for these fights to happen. But I’d take a warm-up fight because I have been out of the ring for 13 months, and that fight against Matvey Korobov only lasted two rounds. So there will be some ring rust that I’ll have to get over. But if it was up to me, I’d get straight back into the deep end. I feel I have the beating of any of the leading middleweights, with or without a warm-up. It’s up to my promoters, Team Sauerland, but I’m ready to roll.

I had a great relationship with the Sauerlands during the World Boxing Super Series and I liked the way they work. The opponents they put forward were the right names and I know they can deliver what I need.

Gennady Golovkin is of course the ultimate target for me. I was supposed to fight him a few years ago and it fell through. I’ve always regretted that. It’s been a thorn in my side.

It’s unlikely that talk about a rematch with Billy Joe Saunders will go away until we fight again. But for now, he’s not in my mind. My focus is middleweight and he’s not in my division. He’s been ducking me for many years and I’m not wasting anymore time and energy on that. But whenever they decide to be serious about it, they know where to find me.

If you put the right name in front of me I will move back up to 168lbs. The goal is to win world titles at middleweight and then I call the shots. I was never a super-middleweight; I was having to eat on the day of the weigh-in, eat before the fight, and I was still only 168 on the night. These guys were 20lbs heavier than me. But I made it work, I did what I needed to do. If they put Canelo Alvarez in front of me, I will move up. But the opportunities lie at middleweight.