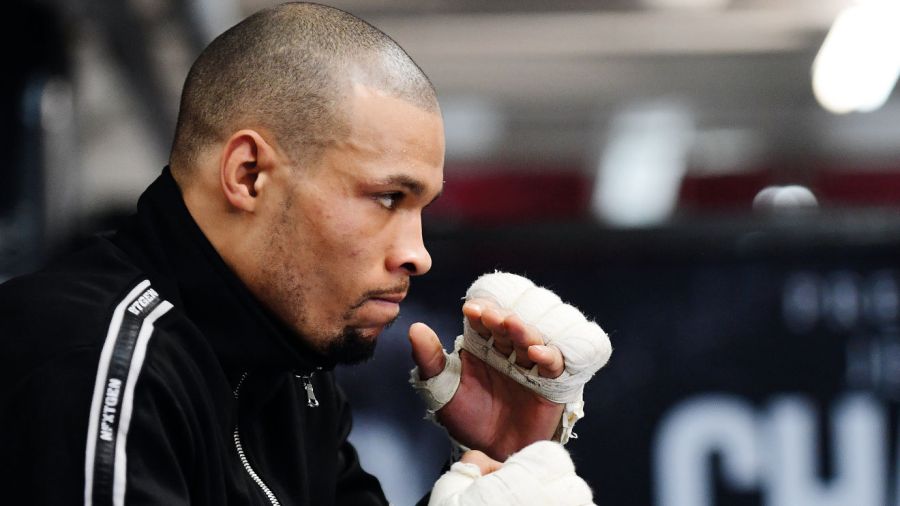 DESPITE Conor Benn’s claim that he phoned Chris Eubank Jnr this morning to inform him of an adverse finding in one of his performance-enhancing drug tests, Eubank Jnr says this call never took place and that he was as in the dark as everyone else when news of Saturday’s (October 8) fight being under threat broke this afternoon.

“There was no phone call,” Eubank Jnr told Chris Lloyd and Darren Barker of Matchroom Boxing at today’s media workout. “We haven’t spoken since this has been announced, and it’s a shame. But my promoter, his promoter, and the (British) Boxing Board of Control are going to sort it out. I’m clean, I’m 60%, and I’ve been tested my entire career, for the last 10 years.

“I’ve been tested more than I’ve ever been tested for a fight during this training camp. I have an app on my phone where I have to designate where I’m going to be every single day. I’ve been on that app for my entire career and will be on that app for the rest of my career. They can come and test me, blood, urine, unannounced, whenever they see fit. I have never failed a test.”

Benn’s positive test for the banned substance clomifene has put Saturday’s fight with Eubank Jnr in serious jeopardy, though Eubank Jnr insists he is both ready to fight and more than happy to fight should he and Benn be allowed to do so.

“Obviously I don’t condone illegal substances in the sport of boxing – especially boxing, because things can happen and health is a real issue,” Eubank Jnr said. “I’m staying out of the politics. I don’t know what’s gone on. I’ve heard the news like you guys have heard the news. All I can do is be a professional and make sure I’m ready to fight. I am ready and, as news unfolds, we’ll deal with it as it goes on.

“I have prepared, I’ve done my job, and it’s now in the hands of the promoters and the governing bodies to make this fight happen. All I can do is be ready.”

Asked whether he had concerns about fighting an opponent who has failed a recent PED test, Eubank Jnr said, “Of course there are concerns, but, again, I’m ready. I’m a clean fighter, I’m prepared, I’ve cut the weight, and I’m ready to go. This is all unfolding. All I’ve got to do is make sure I’m ready to go.”

To finish, he said he “hopes” the fight goes ahead on Saturday, as planned, and also that, in his opinion, it “should do”, despite the bout being prohibited today by the British Boxing Board of Control.

“I’m ready and he’s ready,” Eubank Jnr said. “My promoters will do their best to make sure the fight goes ahead and the fans aren’t let down.”