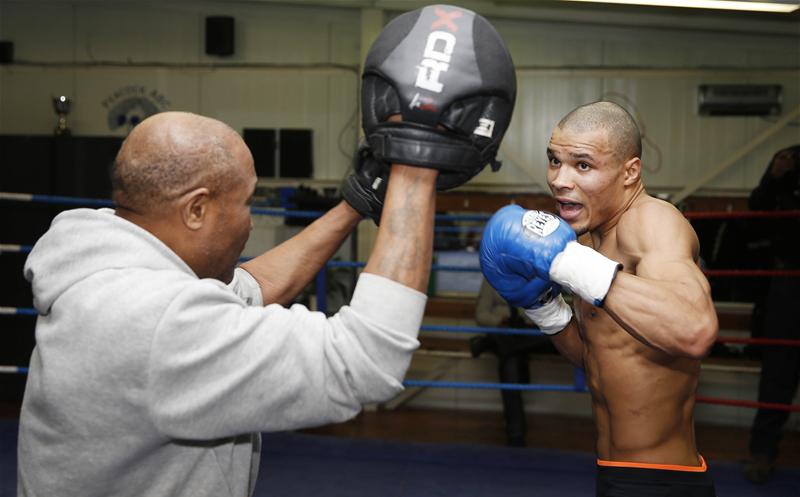 Chris Eubank Jnr offers his services to the UFC star

BRITISH middleweight champion Chris Eubank Jnr has offered his services to UFC superstar Conor McGregor in the form of sparring.

The Irishman will rematch Nate Diaz this weekend in Las Vegas, and after a video emerged showing McGregor studying tape of Eubank Jnr in training, the Brightonian reached out.

“[I] see you’ve been watching me & Floyd [Mayweather Snr] on the pads. I’m in Vegas alot if you ever want to spar. Good luck for Saturday,” he wrote to McGregor on social media.

@TheNotoriousMMA see u been watching me & Floyd on the pads. Im in Vegas alot if u ever wana spar. Good luck 4 Sat pic.twitter.com/CU3O6Oizz7

McGregor can be seen replicating combinations Eubank Jnr throws while on the pads with Mayweather Snr during a recent trip to Las Vegas, a destination he regularly heads to and where he trained for years before turning professional in 2011.

McGregor, who started life out as an amateur boxer in Dublin, has used several boxers for sparring in the past, including featherweight contender Patrick Hyland and South African Chris van Heerden.

A hard-hitting southpaw, McGregor has of course been linked to a bizarre fight with Floyd Mayweather in the past, while Amir Khan has recently said he would take up mixed martial arts in a bid to fight Conor.

Eubank’s next steps remain unclear, though it seems likely he will defend his British title against mandatory challenger Tommy Langford after failing to sign to fight Gennady Golovkin.